“This requires training and education as well as research and development that engages with partners such as ABB Australia and their global networks - working with others to achieve our goals.” 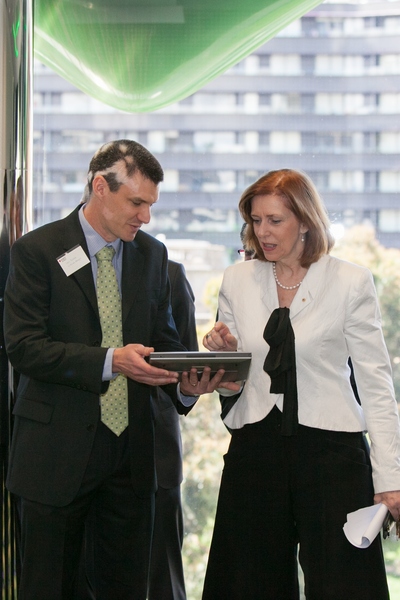 The launch demonstrated the implementation of the centre’s deployment of its core capability of cloud support, robotic testing and visualisation control, with the facility at the City campus connecting with sites at ABB Australia and India.

“Practical, results-oriented research alliances with universities such as RMIT are a fundamental element for ABB to deliver power and productivity in an energy-intensive world,” he said. 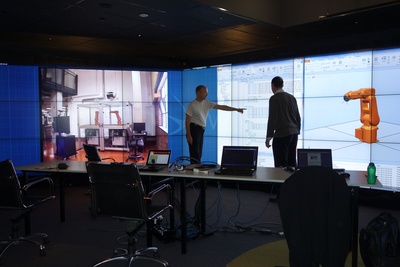 The centre - and in particular its eResearch component, the Virtual Interoperation Testing Laboratory (VITElab) - is funded by the portfolio of Victorian Minister for Technology Gordon Rich-Phillips under the Digital Futures Fund, part of the state’s Technology Plan for the Future (Biotech and ICT).

Professor Heinz Schmidt, Director eResearch and AICAUSE, said ABB Australia had provided a site in the AICAUSE Virtual Laboratory in Notting Hill, in the south-east of Melbourne, with connectivity being provided to equipment deployed at RMIT’s City campus.

“Through the VITElab, ABB is also providing access to its testing facility in Bangalore - the largest such facility in the world,” he said. 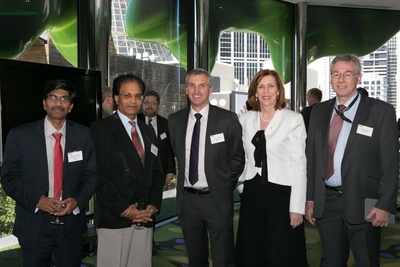 AICAUSE was established in 2012 and enables the engagement of relevant research strengths from the Platform Technologies Research Institute and the Design Research Institute within the ABB-RMIT partnership, beyond software engineering.

It is designed to encourage partnership across disciplines, with a number of researchers outside the School of Computer Science and Information Technology already involved in its activities.

Professor Schmidt said the centre aimed to engage with other industries outside ABB and attract grants beyond the current funding commitments, which finish in 2016.

The centre is also moving to establish an ICT-focused PhD program with institutes in Bangalore, India, leveraging the ABB partnership in Bangalore.

Construction is underway on a research facility that will build capacity in the production of...