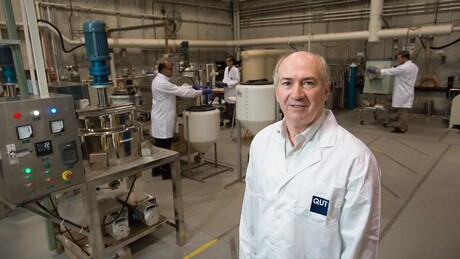 A report by Queensland University of Technology’s Professor Peter Talbot has identified how Australia can transition into a major processing, manufacturing and trading hub for battery precursors.

“Australia currently produces nine of the 10 mineral elements required to produce most lithium-ion battery anodes and cathodes, and has commercial reserves of graphite — the remaining element,” Professor Talbot said. “Accelerating global demand presents Australia with a once-in-a-generation opportunity to transition into a major processing, manufacturing and trading hub if an adequate business case can be built.

The global lithium-ion battery market is projected to reach around $136 billion by 2030.

As identified in the report, and the WA Future Battery Industry Strategy, the next step to add value to Australia’s supply chain is to move into cathode precursor and cathode active production.

The report found that the Future Batteries Industry Cooperative Research Centre’s (FBICRC) Cathode Precursor Pilot Plant can be built at CSIRO’s Waterford facilities in Western Australia. The pilot plant will provide critical technical knowledge of how to build an industrial scale plant in WA.

The report was commissioned by the FBICRC and undertaken by the Queensland University of Technology, with support from Hatch Engineering and Curtin University.

To view the report, visit https://fbicrc.com.au/wp-content/uploads/2020/07/Battery-Manufacture-in-WA-FBICRC-Scene-Setting-report.pdf.