Plastic back to oil: igus invests in Australian recycling pioneer 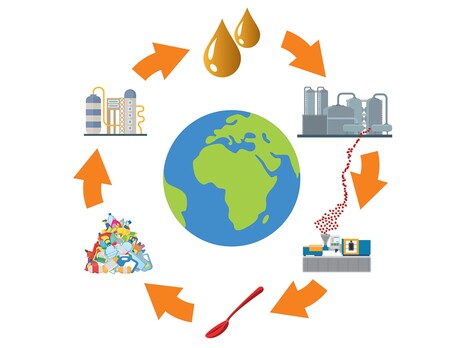 Every year, eight million tonnes of plastic are deposited in the world's oceans. These lost resources are worth around US$80 billion. The problem: up to now, most plastic has been incinerated and only 14% recycled.

Plastic recycling is also an important issue for industrial plastics manufacturer igus. Last October the company launched its chainge program, in which it takes back energy chains when the service life of a machine is over, irrespective of their manufacturer, and then regranulates the plastic and processes it again.

"With the igus chainge program, we have started to recycle the plastic of old products," said Frank Blase, CEO of igus GmbH.

Back to oil with water, high temperatures and pressure

However, mixed waste always remains worldwide, and in the case of non-technical plastics, in quantities 100 to 1000 times greater. Now a new technology, developed in Australia by German-born inventor Professor Thomas Maschmeyer, can be used to recycle plastic waste within 20 minutes, and the oil obtained can be re-used to make new polymer products.

"Chemical recycling offers new solutions in this regard," Blase explained. "In the middle of last year, I read an article about Catalytic Hydrothermal Reactor technology in the Frankfurter Allgemeine Zeitung. The next day, I contacted Professor Maschmeyer in Sydney."

Seven months later, igus is now investing 4 million UK pounds in Mura Technology Limited and is in construction of its first Cat-HTR plant.

The patented chemical Catalytic Hydrothermal Reactor (abbreviated: Cat-HTR) technology was developed in 2007 and tested in a pilot plant in Australia for 10 years. With Cat-HTR technology, plastic waste that was previously impossible to recycle can be converted back into oil within 20 minutes, which is more resource-efficient than the extraction of fossil fuels from the ground. Only water, high temperatures and pressure are used to separate the cells and join them together again. 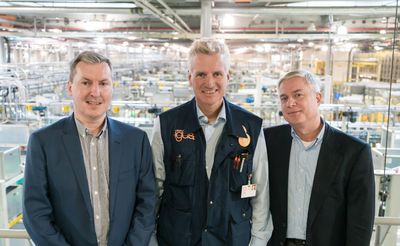 One plant alone can process 20,000 tonnes of plastic per year and reduce CO2 output by 28,180 tonnes. This corresponds to the annual consumption of 5983 cars or the annual energy needs of 4914 households.

The first commercial Cat-HTR-plant is currently being planned in Teesside, Great Britain, and construction is to start this year. Waste companies supply the waste plastic to meet their recycling goals. Oil is then obtained that can be sold as a replacement for virgin fossil oil.

A total of four catalytic hydrothermal reactors are to be built in Teesside and will be able to process more than 80,000 tonnes of plastic waste every year.

As a next step, Mura is planning to issue licences all over the world and build new plants.

“We are committed to the achievement of a state of balance in the world of plastics with technical solutions," Blase said.