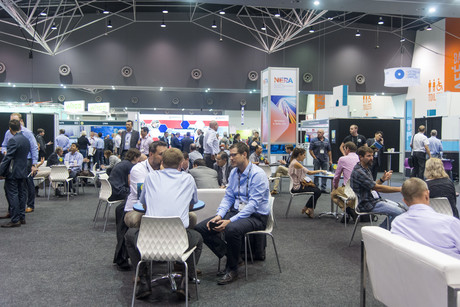 Perth is the only Australian city to be admitted into the World Energy Cities Partnership, which signifies Western Australia’s continual growth as a world energy leader.

However, according to WA Minister for Mines and Petroleum, and Energy Bill Johnston, it’s Western Australia’s reputation as a global liquefied natural gas (LNG) hub that will bring long-term economic benefits to the state. Johnston spoke to organisers of the Australasian Oil & Gas Conference & Exhibition (AOG) ahead of his opening address on Wednesday, 13 March.

“We are blessed with an extraordinary natural endowment of mineral and petroleum resources,” he said. “Australia is on track to become the world’s largest LNG exporter, with Western Australia responsible for approximately 11% of global LNG.”

Western Australia’s oil and gas sector was valued at $26.6 billion in 2017–18, an increase of 39% from $19.2 billion in 2016–17, and LNG is Western Australia’s second most valuable commodity — after iron ore — accounting for almost 17% of all mineral and petroleum sales during the same period. That number is expected to rise as the industry shifts from the construction phase to operations and maintenance.

“By the 2020s and beyond, the LNG industry is forecast to add around $30 billion per annum to Australia’s GDP, equivalent to about 2% of the total,” Johnston said.

Research by professional services provider McKinsey suggests that up to 65,000 highly skilled workers are needed for a large portion of the operations and maintenance work.

“We are working with industry to build a healthy services sector and to promote Perth as a global oil and gas hub, similar to Houston and Aberdeen, which is the mandate of the McGowan Government’s LNG Jobs Taskforce,” he continued.

The LNG Jobs Taskforce is intended to help create long-term job opportunities for Western Australians — focused on servicing, maintaining and improving existing operations. The first meeting of the Taskforce was held in December, and an update will be provided by the Department of Jobs, Tourism, Science and Innovation Director General Rebecca Brown on day two of the AOG.

The taskforce has identified a number of priority action areas organised around four key workstreams: Education, Training and Innovation; Business Development and Diversification; Downstream and Future Energies; and Technology, Ocean Industries and Renewables.

“It’s welcoming to see that the AOG has acknowledged the role that renewables will take in WA’s future,” Johnston said. “There are opportunities to use renewables in the processing of LNG or using the gas in the production of hydrogen, which carries the promise of zero carbon emissions.

“WA is an innovation state and coupling these ideas by working collaboratively with industry, government and academia will help us to grow the sector today while planning for tomorrow.”

The AOG event will be staged at the Perth Convention & Exhibition Centre from 13 to 15 March. Registrations are encouraged. More information is available at: aogexpo.com.au.