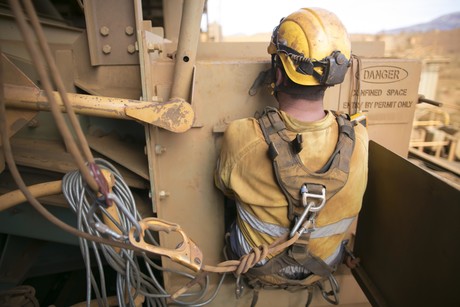 On Wednesday, the WA Government tabled a Work Health and Safety (WHS) Bill in parliament. The Chamber of Minerals and Energy WA (CME) has welcomed the Bill as “a significant milestone for Western Australia’s WHS legislative reforms”.

CME says it has been closely engaged with and supportive of the McGowan government’s single Act approach to the reforms and has also welcomed the commitment to sector-specific regulations which would enable the continuity of industry-specific risk management approaches. CME Chief Executive Paul Everingham said it is pleasing to see that a number of critical recommendations made by industry have been adopted in the Bill.

“We are … pleased with the government’s decision to remove the proposed powers for unions to bring prosecutions, a regulatory power which would have significantly undermined the integrity of the WA WHS regulator. The recent announcement to instead increase resourcing to WorkSafe WA by funding more than 20 new inspectors will be far more effective in preventing health and safety incidents.”

In a significant late change, the Bill also includes two new offences for industrial manslaughter, carrying a maximum penalty of 20 years’ imprisonment for an individual and a fine of $10 million for a body corporate.

As a matter of priority, CME will now work to review these provisions with its members, as well as the broader content of the Bill to consider the late changes in full.

CME believes that WHS law should facilitate the creation of a collaborative workplace culture that puts an emphasis on the reporting and dissemination of information, allowing people to freely report incidents, and in doing so learn from these incidents. Punitive offences could discourage the free flow of communication due to a fear of prosecution, resulting in less reporting and potentially more injuries and fatalities.

The objective of these reforms must continue to focus on ensuring the regulatory environment delivers the highest level of protection for the workforce, supports a best practice risk-based approach to managing workplace hazards and facilitates continuous improvement across all areas of safety and health, according to CME.