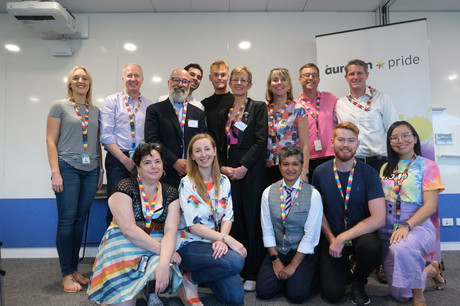 A new community for LGBTQI+ engineers and their allies has been launched in Sydney by Aurecon, Pride in Diversity and Engineers Australia.

‘InterEngineer’ will be an independent industry group designed to promote LGBTQI+ inclusion through networking and advocacy activities.

Aurecon’s Chief Executive, Australia and New Zealand, Louise Adams, commended the launch of InterEngineer given the additional support and resources it would offer the engineering community.

“We have seen first-hand at Aurecon the benefits of encouraging an inclusive, supportive work environment where employees can be themselves and have their unique contribution heard and valued,” she said.

“We know that the LGBTQI+ community is underrepresented in engineering and value this collaboration between Aurecon, other industry organisations and Engineers Australia, which demonstrates the passion for LGBTQI+ inclusion across the industry; and I am excited to see the benefits this partnership will deliver for both individuals and organisations.”

Engineers Australia Chief Executive Officer Dr Bronwyn Evans said to achieve a culture of inclusivity, organisations need to support and inspire those who were underrepresented.

“Initiatives such as InterEngineer serve to strengthen the engineering profession and uplift the LGBTQI+ community,” Dr Evans said.

“We want young people choosing a career to see engineering as a profession that will allow them to bring their true selves to work, regardless of sexual orientation or gender identity. That won’t happen unless organisations take meaningful and tangible steps to foster and celebrate diversity.”

InterEngineer is calling for expressions of interest from LGBTQI+ engineers and their allies who may be interested in joining the working group or general communities.

Register your interest at https://engineersaustralia.wufoo.com/forms/interengineer-group/.

Celeros Flow Technology has been launched as a standalone company following the divestiture by...

Control Logic branches out into sanitisers and disinfectants

The Australian-made sanitiser and disinfectant range is said to provide up to 24 hours of...