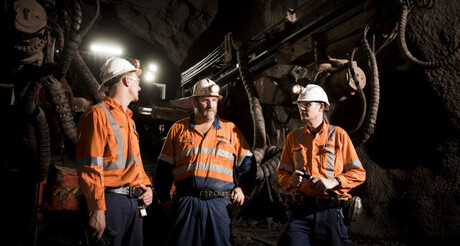 Strong gold prices matched by higher volumes has helped Adelaide-based miner Oz Minerals record a net profit after tax of $80 million for the six months to June 30. The profit was up 82% on the same period last year.

The company, which operates the Prominent Hill and Carrapateena copper and gold mines in South Australia, increased its net revenue by $156.5 million to $575.7 million, as a result of higher gold volumes and price. Gold sales increased by 53,800 ounces and the net AU$ gold price was 36% higher.

The Carrapateena mine is expected to reach full production of 4.25 Mtpa by the end of the year, further strengthening cash flows. OZ Minerals Chief Executive Andrew Cole said the strong first-half performance enabled it to last year increase its copper and gold guidance for 2020.

“All our sites [have] benefited from higher gold production and favourable gold pricing through the period,” he said. “The ramp-up at Carrapateena during the half year has exceeded expectations with a strong performance from the underground materials handling system, production system and plant allowing an increase to production guidance.

“The Prominent Hill underground is performing well, and we have seen annualised ore mining rates of approximately 4.5 Mtpa achieved through July.”

Meanwhile, BHP announced recently its full-year profit had slipped 4% to $11.02 billion after the coronavirus pandemic challenged supply and demand. However, its full-year results showed its Olympic Dam mine in South Australia made a before-tax loss of $109 million (US$79 million).