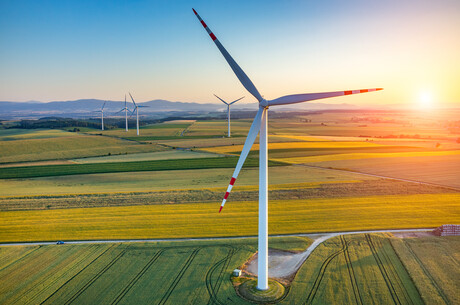 Electricity generator and retailer AGL has short-listed two major global energy storage companies to supply a huge battery system at a South Australian power station that will be more than twice the size of Tesla’s original 100 MW ‘Big Battery’ commissioned in the state’s Mid North in 2017.

The company has announced Wärtsilä and Fluence have been secured under non-exclusive framework agreements to supply up to 1000 MW of grid-scale battery storage in Australia.

AGL unveiled plans in November to roll out 850 MW of energy storage capacity across the National Energy Market (NEM) by mid-2024. The plan includes large battery storage systems adjacent to its power plants in South Australia, Victoria and NSW with the 250 MW Torrens Island system in South Australia set to be the largest.

Other systems are planned at Loy Yang A power station in Victoria (200 MW), Liddell power station (150 MW) and Broken Hill (50 MW) in NSW.

Wärtsilä is a Finnish company with almost 20,000 employees worldwide and an Australian subsidiary based in Sydney, while Fluence is headquartered in the US and is owned by industry powerhouses Siemens and AES.

AGL Chief Operating Officer Markus Brokhof said Wärtsilä and Fluence were chosen through a competitive tender process for their capability, experience and pricing. He said both companies were global leaders in energy storage technologies, ensuring the company was investing in the highest standards for performance, reliability and safety.

“This framework agreement is another example of AGL getting on with the business of energy transition and will enable delivery against our commitment to build 850 MW of grid-scale battery storage by FY2024,” he said. “We are already well advanced with our planning process and these framework agreements will reduce tender timeframes for individual projects, enabling faster project schedules and commercial operation.

“Our grid-scale battery plans provide critical firming capacity to the market and will play a leading role in the energy industry’s transition over the coming decades.”

South Australia already leads the nation in the uptake of wind energy and rooftop solar with renewable sources accounting for more than 50% of the electricity generated in the state.

One-third of South Australian homes have rooftop solar, which, when added to the state’s 22 major wind farms and three large-scale solar PV producers, often supply more than 100% of the state’s daytime demand.

“With more renewable generation than any other state, South Australia has been a leading contributor to Australia’s low-emissions future,” he said. “This battery is another step in the state’s energy transition while at the same time allowing a rapid response to changes in renewable generation when our customers and communities need it.”

AGL announced in a climate statement last year it aimed to reach net-zero emissions by 2050.

“We know in order to achieve this target, investment in large-scale energy storage like grid-scale batteries is critical,” Redman said. “We also know this is a future South Australians are also committed to achieving and we believe batteries will play a leading role in this transition.”

Fluence Vice President of Global Markets Jan Teichmann said AGL was taking battery-based energy storage in Australia to the next level to deliver large-scale flexibility that is critical to support the National Electricity Market.

“Australia’s grid is evolving quickly, and batteries can fill critical gaps left by coal and gas retirements, both the super-fast services needed to strengthen the grid and as a source of peak power,” he said.