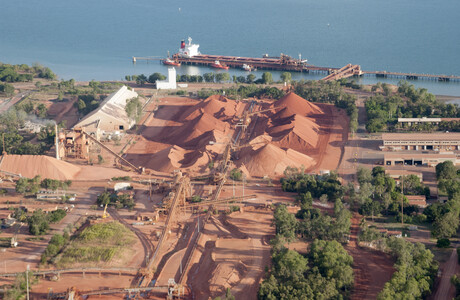 After rising by an estimated 1.2% in 2020 to 359.2 Mt, global bauxite production is forecast by GlobalData to increase by 3.8% in 2021 to reach 372.8 Mt. The data and analytics company notes that increased output from mines in Australia (+4.1%) and Guinea (+3.6%), as well as production from mines elsewhere returning to their pre-COVID levels, will be the key contributors.

“Over the forecast period (2021–2025), global bauxite production is expected to grow at a compound annual growth rate (CAGR) of 2.2%,” said Vinneth Bajaj, Associate Project Manager at GlobalData. “Australia (+1.6%) and Guinea (+6.5%) will maintain a steady supply growth, supported by a series of upcoming projects. Together, they account for eight of the 17 planned bauxite projects, tracked by GlobalData, which have the potential to commence production by 2025.”

In Australia, bauxite production growth will be supported by the recommencement of Metro Mining’s Bauxite Hills mine, where operations were halted due to the wet season. The mine is expected to produce around 4 Mt of bauxite in 2021. Further, the formal commitment of the stage 2 expansion of the mine to a capacity of 6 Mt, which is part of the company’s long-term development plan, will be dependent on the global market conditions.

“In Guinea, the Boffa mine, which began operations in January 2020, is expected to gradually reach its full capacity during the second half of 2021,” Bajaj said. “The mine is expected to produce up to 9 Mt of bauxite in 2021, compared with 7 Mt in 2020. Earlier in 2021, operations began at the Garafiri project, which has over 300 Mt of bauxite reserves. The project has an initial production capacity of 3 Mt, which will be expanded up to 8 Mt.”

Bauxite mine production by country (millions of tonnes). Source: GlobalData

In late July 2021, China Railway Construction Corporation (CRCC) announced completion of the construction of a railway line from Boffa to Boke, which will now increase the single trip freight volume to 10 kt, up from 5 kt earlier, as part of the first phase of the Boke development project. Phases 2 and 3 include exploitation of bauxite resources in the new mining areas of Santou II and Houda and development of an alumina refinery in the Boke special economic zone. Overall, this will play a crucial role in establishing Guinea as an export nation.