Fortescue and AGL to repurpose coal-fired plant sites for hydrogen 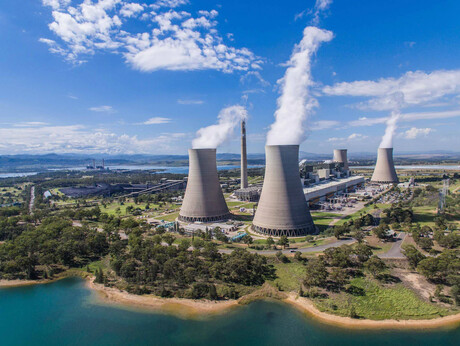 The Liddell and Bayswater power stations currently account for over 40% of New South Wales’ carbon dioxide emissions, according to 2019 National Greenhouse and Energy Reporting data. The company says that successful repurposing of these sites will supercharge NSW to meet its target of halving its emissions by 2030, and prove the role of green hydrogen in decarbonising energy and industry here in Australia.

The Hunter Valley Industrial Clean Energy Hub is expected to support thousands of jobs once complete, in addition to creating a new regional domestic and export industry in green hydrogen.

“FFI’s goal is to turn regional Australia into the global green energy heartland and create thousands of jobs now and so many more in the future,” said FFI founder and Chairman Andrew Forrest. “Repurposing existing fossil fuel infrastructure with forward-looking companies like AGL, to create green hydrogen to help power the world, is the solution we have been looking for.

“Green hydrogen is the only true zero-carbon, zero-methane fuel — every other type of hydrogen requires the burning of fossil fuels. It is a practical, implementable solution that can collapse emissions and create strong economies worldwide.”

Ultimately, due to the scalability of electrolysers, estimates suggest production will be in the gigawatts. Power for the electrolyser will come from new wind and solar, and supported by new pumped hydro and batteries, generated by FFI, AGL and other parties.

The feasibility study forms part of the non-binding memorandum of understanding between FFI and AGL, which will also assess whether green hydrogen can be used to fuel co-located industries in addition to export options.

“It’s clear that green hydrogen has a critical role to play in our future energy mix and we are excited to explore this proposed development which will showcase AGL’s generation expertise alongside FFI’s leading development of green hydrogen in Australia,” said Graeme Hunt, AGL Managing Director and CEO.

“As early investors in wind and other renewables, we want to continue our long history of support for the development of new technologies, including Australia’s emerging hydrogen industry. The proposed development plays a significant role in AGL’s plans for an integrated industrial ‘Hunter Energy Hub’ which would be powered by clean energy, delivered through grid-scale batteries, solar thermal storage, wind, pumped hydro and the co-location of industry.”