Deepwater hyperbaric test chamber to be established in WA 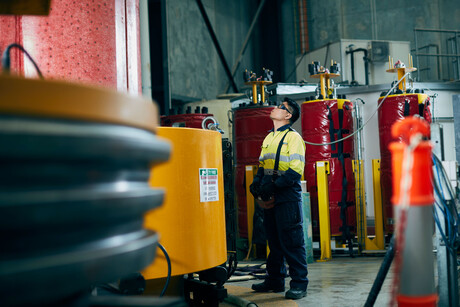 Western Australian company Matrix Composites & Engineering Ltd (Matrix) has announced it will develop the first deepwater hyperbaric chamber in the Southern Hemisphere suitable for use in the oil and gas industry, as part of a joint initiative with the Western Australian Government and the Subsea Innovation Cluster Australia (SICA).

Matrix has received a $1.2 million funding package, with $0.6 million from the WA Government and the same amount from industry participants. This will fully fund Matrix to modify and upgrade an existing deepwater hyperbaric chamber owned and operated by the company at its Subsea Test Facility in Henderson, WA, also the largest of its kind in the Southern Hemisphere.

The upgraded deep water test chamber means subsea control modules (SCMs) will no longer have to be sent overseas for repairs or testing, drastically cutting time and costs. Establishing the new test chamber is part of a broader program overseen by SICA to develop a more comprehensive regional deepwater testing facility that will provide comprehensive testing and repair services across the APAC region.

SICA was established by National Energy Resources Australia, an independent, federally funded non-for-profit working to support Australia’s energy transition. The test chamber is expected to be operational during the FY23 financial year.

Matrix Chief Executive Officer Aaron Begley said the company was delighted to be part of the project and at the forefront of SCM testing in Australia.

“It is a real game changer: one that not only brings significant savings to the oil and gas sector but also taps into the resources and talented capabilities currently available in WA,” he said. “For Matrix, this unlocks a new revenue stream with significant potential for repeat work, and crucially we have a substantial competitive advantage to secure SCM repair and testing work as the only suitable provider in the Southern Hemisphere.”

“This world-class facility will streamline the test and repair process, providing significant time and cost savings across the subsea industry for operators and equipment suppliers,” said WA Minister for State Development Roger Cook. “Jointly funded by the state government and industry, this is an exciting step towards the development of a comprehensive regional deepwater testing facility in WA.”