Coopers expands on the back of pandemic beer sales 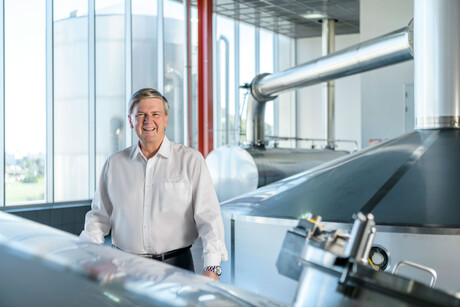 Coopers Brewery has unveiled plans to significantly expand its onsite warehousing capacity as it records increased beer sales across the country.

Australia’s largest independent family-owned brewery recorded total beer sales, excluding non-alcoholic beers, of 82.3 million litres in the 12 months to 30 June 2021. This represented a 2.8% increase in sales volume from the previous financial year but is still below the record volume result of 83.8 million litres achieved in 2016–17.

“The challenges faced by the hospitality industry and related consumer spending behaviour had varying impacts on the sales of packaged, bulk and DIY beer,” he said. “Bulk or kegged beer has continued to be under pressure, and was down 21% on the volume of the 2019 financial year, but more than 35% down on the peak volume of 13.4 million litres achieved 10 years ago in the 2011 financial year.

“However, overall, we’re seeing consumers continue to gravitate towards authentic brands they can trust with emphasis on high quality and local provenance. That is driving demand for Coopers beer, despite the pandemic still acting to suppress keg sales across the industry.”

Led by the increasingly popular can format, packaged sales reached their highest volume on record.

“Cans continued their ascendency and now represent more than 30% of our packaged beer sales,” Dr Cooper said. “Coopers Pale Ale is our clear leader in this format but well supported by XPA, Sparkling Ale and Mild Ale, with the latter benefiting from a strong trend towards mid-strength beer.”

Growth in Coopers packaged beer in 2020–21 compensated for reduced keg sales, which remain affected by the severe downturn in the hospitality trade.

“We took the opportunity to invest over $2 million in upgrading our keg line during the year and refurbish 55,000 kegs,” said Dr Cooper. “We have also just submitted plans to Council for a 5500 m2 expansion to our warehousing facilities at Regency Park. This $15 million investment, which boosts our beer storage capacity at the brewery by almost 50%, will allow us to store all our product on site where currently we use some off-site facilities for additional requirements.”