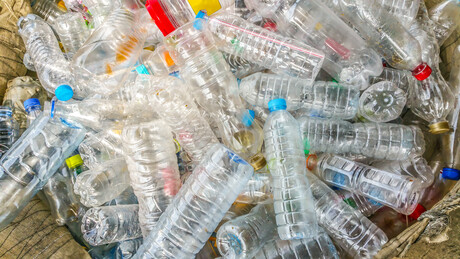 A new roadmap released today by the CSIRO has developed key strategies for creating jobs and reclaiming billions in economic value from plastic, glass, paper and tyres currently going into landfill.

The National Circular Economy Roadmap found innovation is crucial to realising Australia’s largest economic gains, which will come from designing new products and materials — including through advanced manufacturing — and in embracing new business models that will create domestic and export markets for waste streams.

This could more than triple job creation from resource recovery in Australia, where the recycling sector currently generates 9.2 jobs per 10,000 tonnes of waste, compared with only 2.8 jobs for the same amount of waste sent to landfill.

Increasing Australia’s recovery rate by just 5% would add an estimated $1 billion to GDP. The Australian Government’s ban on the export of waste last year creates an opportunity for a new circular economy strategy that turns landfill into economic returns.

“Australia is among the world’s best in advanced manufacturing and environmental research, and that unique science can turn industry and environment into partners by making sustainability profitable,” he said. “Science can transform our economy into a circular one that renews and reuses what we previously discarded, and indeed a virtuous circle that creates higher paid jobs, advances new Australian technology and protects our environment.

“We’re on a mission to make it real. The practical path laid out in this roadmap is part of CSIRO’s mission-led focus on using science to solve our greatest challenges while driving our economic recovery and building future resilience.”

The roadmap aligns with a number of circular economy missions being developed by CSIRO and partners in industry, universities and government, including a mission to end plastic waste, a mission to transform Australian mineral commodities into higher-value products and a mission to transition to net zero emissions.

Project leader Dr Heinz Schandl said the roadmap was commissioned by the federal Department of Industry, Science, Energy and Resources and developed in collaboration with 83 industry, research and government partners to shape a circular economy strategy for Australia to address fundamental environmental issues and foster regional employment.

The roadmap identifies six elements for moving towards a circular economy of plastics, paper, glass and tyres:

The hidden gems in our waste that are lost to landfill amount to:

The full report and summary can be downloaded here: A circular economy roadmap for plastics, tyres, glass and paper in Australia.

Albert Einstein brought back to life as a digital companion

We can now personally experience AI in action. A digital human project has revived one of...

Reform of Australia's measurement laws: have your say

The National Measurement Institute (NMI) is seeking input on the future direction of...

Mercedes-Benz and Siemens plan to cooperate on advancing digitalisation and automation in the...

Beer waste gets a second life

Is it time to revise the approach to lactose in dairy?