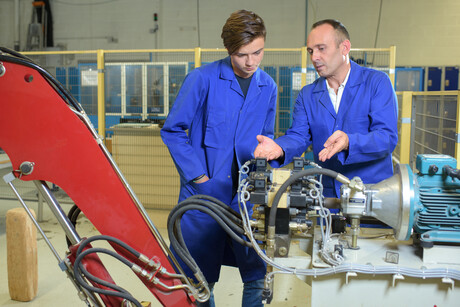 The Australian Industry Group (Ai Group) has called for a federal apprentice wage subsidy to rescue the apprenticeship system, which it says is collapsing.

"Ai Group is calling for urgent action from the federal government to address the nose-dive in apprenticeship numbers partly brought on by the COVID-19 crisis," said Innes Willox, Chief Executive of the national employer association Ai Group.

"Revitalising the apprenticeship system will be a cornerstone of the Vocational Education and Training (VET) reform process announced by the Prime Minister last week. Such reform is vital to address the overhaul of the training system in the medium term but any action from that process will be too late for many whose training will be cut short. History shows us many will never to return to their apprenticeships.

"We have already lost over 18,000 apprentices since March. The declining number of apprentice commencements is also a major area of concern. Without substantial support Australia is facing a dramatic decline in apprenticeship commencements, which will contribute to an unacceptably high level of youth unemployment.

"Modelling released today by the Mitchell Institute estimates 130,000 fewer new apprenticeships and traineeships opportunities for young people as a result of the economic fallout from COVID-19 over the next three years. Furthermore, a reduction in apprenticeships and traineeships will lead to a 50% increase in school leavers that will not be in employment, education or training (NEET).

"To address this situation requires immediate action and Ai Group has proposed to the federal government that it introduce a universal Apprentice and Trainee Wage Support Scheme 2.0 (for first and second stage apprentices and trainees)," he continued. "This will be a constructive way to build apprentice numbers, provide youth with genuine employment opportunities and develop the skills required to lift our post-COVID economic recovery.

"The wage support mechanism would apply to all apprentices and trainees with a contract of training regardless of company size, number of employees, age, occupational groupings or geography. This program, which we refer to as Supporting Apprentices and Trainees 2.0, should be available between 1 October 2020 and 31 December 2021. The timing is critically important as it could be phased in as the JobKeeper program is phased out.

"The rationale for this scheme is clear. The COVID–19 crisis has decimated apprentice numbers. Apprentice commencements are down 60% compared with the same period in 2018. A further 18,236 apprentices and trainees have been either suspended or cancelled since 1 March 2020. Young people have been disproportionately impacted by the social, economic and health consequences arising from the global pandemic.”

Under the Ai Group proposal, payments could be managed through existing mechanisms already in place, such as those of the current JobKeeper program:

"The direct budgetary cost of this scheme would be approximately $3.9 billion over the period from October 2020 to December 2021," Willox said. “This investment would be partly offset by budgetary benefits which would include reduced income support payments and higher taxes paid on wages during the period of the scheme and over future years.

"More than ever Australia needs a strong apprenticeship system and all potential employers of apprentices must be encouraged to engage with the system as the skills developed are one of the foundations fuelling our recovery. Group training organisations can be multipliers in the recovery," Willox added.