Beckhoff to supply BMW with IPCs 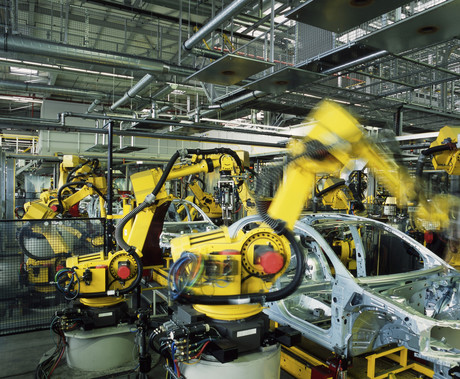 ARC Advisory Group has reported that Beckhoff has signed a contract with BMW to supply the automaker with industrial PCs and multitouch control panels through 2030. The contract, said to be worth several hundred million euros, was announced at last month’s SPS trade fair in Germany. The products will be used for linking machines, access control, data acquisition, visualisation and other PC-based tasks — both for new plants and for plant retrofitting. Products include CP32xx IP65 panel PCs, C6030 ultracompact industrial PCs, 1C5240 9″ slide-in industrial PCs and CP29xx multitouch control panels.

According to Beckhoff, standard products will be used, some of which will be adapted for an optimum retrofit of existing systems, as well as a customer-specific push-button extension.

Beckhoff won the deal against competitive quotes form several vendors; however, Beckhoff IPCs have been used in BMW plants for quite some time. In Regensburg, for example, Beckhoff’s control panels are used in robot systems for seam sealing and underbody protection. BMW also uses Beckhoff products at its Leipzig plant to visualise and operate the paint shop.

A Curtin University research program has been awarded more than $580,000 by the federal government.

Emerson was recognised by IoT Breakthrough for its digital transformation strategies.

A new national workshop series has been established to inform and guide the development of...

US outbreak of E. coli from romaine lettuce declared over