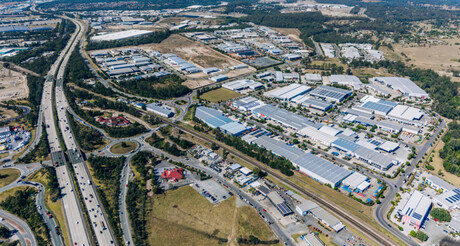 Once best known for its golden beaches, Australia’s Gold Coast has become a mecca for businesses as diverse as space technology and building buses and luxury yachts.

When Adam Gilmour and his brother James of Gilmour Space Technologies wanted to establish a rocket-building centre of excellence in Australia, the Gold Coast was their obvious choice.

“We’ve stayed here because we’ve got really good relationships with the universities in the neighbourhood, including Griffith and the University of Queensland, and we’ve been able to attract a lot of foreign rocket talent into the country and from NSW and Victoria because the Gold Coast is a wonderful place to live and bring up your children.”

From rockets to mining equipment, luxury yachts, beauty, health care, nutritional supplements and low-emission green buses, new-wave manufacturing is now the third-largest sector on the Gold Coast. Total sales from manufacturing on the Gold Coast are valued at over $8 billion, having grown almost 20% over the past five years.

Amid a concerted push to diversify the Gold Coast’s economic base, major manufacturers and home-grown manufacturing success stories have increasingly cemented themselves, and the sector, in the city’s economic landscape. Demand for manufacturing during the pandemic has been fuelled by a need for stronger local supply chains, but this is sidelined by the rapid pace of technology changing the way we make products, from modern methods of construction to advanced robotics.

The number of full-time equivalent workers in manufacturing on the Gold Coast has grown by 15% in the five years to June 2020, with more and more skilled professionals required, many of which are coming from interstate.

Innovative bus and mass transport manufacturer BusTech employs 300 people making buses on the Gold Coast and in Adelaide, as well as a joint venture bus manufacturing operation with Elphinstone at Burnie in Tasmania.

The company has grown from its beginnings hiring former staff of General Motors Holden in Adelaide, after GMH announced in 2020 that the Holden brand would be retired by 2021, to become a national group. A recruitment drive in the United Kingdom followed, aimed at Australian expats returning home during the COVID-19 pandemic. With many Australians wanting to come home and continue working at the cutting edge of transportation, the company attracted talent to bolster its workforce specialising in manufacturing clean energy mass-transport solutions at its facility at Burleigh on the southern Gold Coast.

BusTech Group Executive Chairman Christian Reynolds said the focus on environmentally friendly buses, manufactured using a supply chain that is over 95% located in Australia, was in response to the transport sector’s position as the second-largest and fastest-growing emitter of greenhouse gas emissions in NSW and Australia.

“To me, it is all about the future of energy transport — energy capture and energy creation,” Reynolds said. “We are now switching to all-electric buses and we have a hydrogen bus in the project scope and design phase.”

Complementing the Gold Coast’s network of innovative micro-factories, the Yatala Enterprise Area has emerged as the industrial engine room of the city. The 3300-hectare precinct is home to some of Australia’s leading manufacturers in food and beverage, construction materials, machinery and equipment, plastic and chemicals, as well as warehousing, transport and distribution.

Carlton & United Breweries, Visy, Real Pet Food Company, Caterpillar and Seabest International are based in the precinct, along with regional distribution centres for Aldi and Woolworths.

For Gilmour, the Helensvale-based rocket business that manufactures tanks, support structures, rocket engines, avionics and software for launch vehicles to carry satellites into space is locked into the Gold Coast. The company that has 72 staff but is looking to grow to beyond 100 by the end of the year said the strength of its supply chain from Brisbane to the Gold Coast meant it was ideally located.

“We’re very happy here and we’ve now established the Gold Coast as the centre of excellence for building rockets in Australia and we’d love to stay here as we expand, which we plan to do in the next 12 to 18 months,” Gilmour said. “We’re trailblazers, we’ve had to push through a lot of barriers, a lot of hurdles, a lot of regulation and a lot of scepticism, but we’re doing it and we’re committed to keep going.”