Australia's target to bring laser technology up to speed 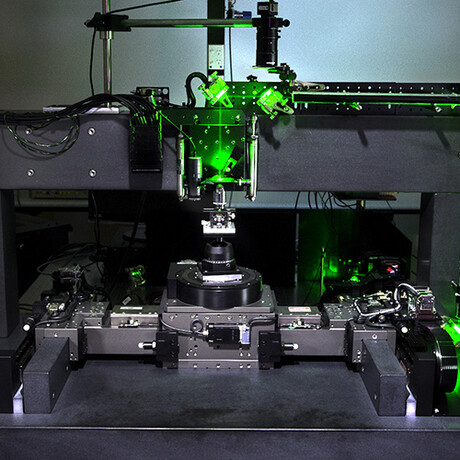 The University of South Australia has been awarded a $1.8 million federal government contract to develop technology that underpins the next generation of high-powered lasers in Australia for the defence and manufacturing sectors.

UniSA Professor of Laser Engineering, David Lancaster, will lead the three-year project, funded by the Defence Science and Technology Group (DSTG), in collaboration with the University of Adelaide.

Professor Lancaster, who heads one of the country’s leading laser and photonics manufacturing research laboratories at UniSA, will use the funding to help build sovereign manufacturing capability, bringing Australia up to speed with other developed nations.

“High-powered lasers are increasingly being used in defence and manufacturing, but despite a long history of developing lasers in Australia, our technology is still relatively immature compared to other countries,” he said. “There is a substantial gap between the research outputs and the needs of our defence industry, so Australia has had to buy this technology from other countries, which is quite restrictive because most nations severely limit their exports of lasers.”

Over the next three years, Professor Lancaster aims to build a new type of high-powered laser that combines multiple smaller lasers, fine-tuning the manufacturing process so it is cheaper and more efficient.

“In the past, I have worked on lasers that take years to build and cost millions of dollars,” he said. “I think it’s more important to put years of effort to develop the technology and manufacturing processes to build many miniature and safer lasers which cost hundreds of dollars each. That is our aim.”

UniSA’s Laser Physics and Photonics Devices Lab will manufacture the lasers and the University of Adelaide’s Institute for Photonics and Advanced Sensors will develop the specialist laser glass.

“The reason that UniSA and the University of Adelaide have been selected for this project is that our miniature laser technology and manufacturing processes are world-leading and will supercharge the DSTG’s laser system program,” he said.

High-powered lasers are also the preferred tools for the manufacturing sector as they can cut, shape and weld most industrial materials with high precision. Their ability to manipulate and transform materials makes them ideal for the automotive, computer and clothing industries as they can create extremely fine features that are near impossible to make using traditional machining equipment.

Professor Lancaster has a 30-year track record in high-power laser R&D, including 10 years as a senior research scientist at DSTO, where he initiated and led the program to develop local capability in high power fibre lasers, Directed Infrared Counter-Measure (DIRCM) lasers and DIRCM systems. This technology was used by Australian Defence Industry to manufacture the F-MURLIN laser to protect aircraft from increasingly sophisticated infrared guided missiles.