Australia's hydrogen ambitions not without competition 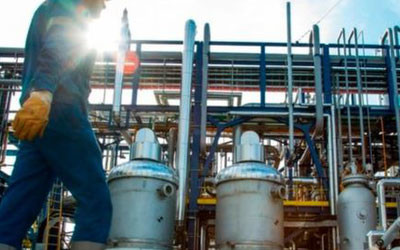 While there is much talk of Australia’s efforts to be a leader in green hydrogen production and export, it will not be without competition. Recently we reported the Murchison Renewable Hydrogen Project in WA will be a 500 MW capacity system, but is only in early proposal stages, while back in August we reported that Jemena is running a 500 kW pilot in western Sydney.

Today, Process Worldwide has reported that a green hydrogen project in France, initiated back in 2017, which aims to produce, store and distribute green hydrogen, will make it possible to produce 1300 GWh of solar electricity and renewable hydrogen on an industrial scale, and is planned to begin operation in 2021.

The so-called Hygreen Provence project will make it possible to develop and validate the technico-economic conditions for the production of 1300 GWh of solar electricity, equivalent to the annual residential consumption of about 450,000 people. It will also produce renewable hydrogen on an industrial scale through water electrolysis. The project will be developed in several stages with the first deliverables envisaged by the end of 2021 and a possible final step in 2027. Eventually, several tens of thousands of metric tonnes of renewable hydrogen could be produced in this way every year to meet a very broad spectrum of uses.

The DLVA urban area, which comprises 25 municipalities and 65,000 inhabitants, has considerable advantageous resources for this project. This includes one of France’s most favourable levels of sunshine (an average of 1450 hours per year), substantial land availability and the presence of a salt cavity storage site able to accommodate the large-scale centralised production of renewable hydrogen.

Guy Salzgeber, Executive Vice President and member of the Air Liquide Group Executive Committee supervising Industrial Merchant, Hydrogen and Innovation, said: “We are pleased to contribute to this flagship project, which will demonstrate, in France, on an industrial scale, the key role that hydrogen will play in the energy transition. For more than 40 years, the Group has developed a unique know-how in the field of hydrogen. With expertise in all production technologies — including electrolysis — the Group is now a leading player in the world with regards to low-carbon hydrogen energy production. This project is in line with the Group’s climate strategy, the most ambitious in its sector.”

Bernard Jeanmet-Péralta, the President of DLVA, said: “First and foremost, Hygreen Provence is an ambitious and innovative regional project. It will embrace all those desiring consultation and dialogue, particularly the National Parks in Verdon and Luberon. We are involved in the dynamic that is the ‘Vallée des Énergies’ together with partners such as the Iter project, the Cadarache CEA, Géomethane and hydroelectricity in Durance. We are thereby contributing to the energy transition in France along with leading industrialists which, through their respective expertise, bring credibility and viability to the requirement for zero carbon emissions.”

Gwenaëlle Avice-Huet, Engie’s Executive Vice President in charge of Renewables, said: “Entering into the partnership heralds a groundbreaking alliance between large industrial groups in France and a local authority that will accelerate the emergence of massive renewable hydrogen production projects in France. Engie is convinced of the importance of renewable hydrogen in providing ‘zero carbon as a service’ solutions to industrial customers and the regions.”

Failure to invest in tech damaging economy and jobs: report

A new report has found that Australian business investment in new technology has been falling...