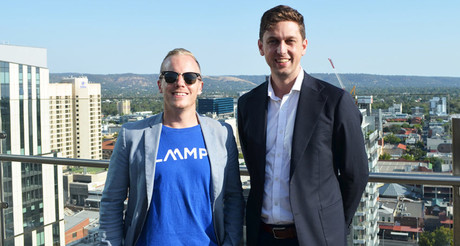 The Indonesian rollout of Cortex Interactive’s software is the first deployment outside Australia, with several other countries set to follow in what promises to be a busy year for the Adelaide-based company.

In the past year, the company was awarded a contract with mining services provider Theiss. As part of the deal, LAAMP will be used to educate roughly 80,000 employees across the globe.

Cortex is also set to expand into Mongolia, Africa and Chile before the end of the year.

Managing Director Timothy Angel said LAAMP has so far been deployed to about 20 sites across Australian and Indonesia in regional locations including Malek and East Kalimantan. He said while the Mongolian rollout was originally due for the beginning of this year, the COVID-19 travel ban had hindered export speed.

“Our focus is to continue to roll out to additional sites in Australia and Indonesia and then go to Mongolia, Chile and Africa,” he said.

Angel founded the company in 2016 after identifying a gap in induction and company learning delivery.

“We were doing a lot of content development and induction programs at the time and we saw a need to build a product. We came up with the concept for LAAMP but it got to the stage where we had to build something for people to understand how we could deliver learning and training differently, so we built LAAMP and engaged in a pilot.”

Angel said the move into international markets had allowed the South Australian operation to grow from six staff to 16, with an ambition to get to 25 full-time employees within the next financial year.

Cortex has initially targeted the mining sector but plans to also deliver the software across a number of industries including education.

“Last year we brought on a service delivery manager who enabled us to roll out to three sites a month,” Angel said. “At each site we do training with the tool to ensure people are aware how the software works and what it’s doing. The clients provide the hardware but then we essentially turn on our LAAMP product, which is a cloud-based solution.

“That can then all be administered, managed and supported from Adelaide.”

Angel said a move into Adelaide’s innovation neighbourhood, Lot Fourteen, in 2018 had aided the company’s significant growth. A hub for innovative start-ups, Lot Fourteen has been developed in the heart of the city’s business district at the former Royal Adelaide Hospital site.