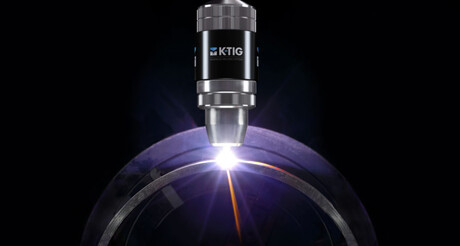 K-TIG, based in Adelaide, has commercialised CSIRO technology to weld materials faster and stronger than traditional techniques.

The K-TIG system can perform a traditional six-hour weld in less than four minutes to a quality standard and, unlike traditional welding, it requires no edged preparation or filler materials.

“Traditionally when you weld two pieces of armour together you change the mechanical properties, because you melt the metal and recrystallise it around the joint and the joint is not as hard as the base metal,” he said. “But our technology and the way we weld in a single pass involves much less degradation in the strength of the joint, so our joint hardness is comparable to the base metals plus we have less defects.

Hanwha will offer 30 of its K9 Huntsman self-propelled howitzers in the first phase of the 8116 Protected Mobile Fires project. It will build and assemble the vehicles in Geelong, with a budget estimated at up to $2.6 billion.

Smith said if the K-TIG welding technique proved successful, Hanwha would look to incorporate it into its global operations.

“That’s the real significance of it and also, once we’ve got some established in-service vehicles using this technology, there’s all the other armour vehicle manufacturers worldwide because the economic and quality benefits will translate into all the other vehicles — it’s a change of technology for everybody potentially,” said Smith.

The welding technology was initially developed in Adelaide more than a decade ago by the CSIRO, before K-TIG was spun out to commercialise the welding. K-TIG listed on the ASX in October 2019 following a $7 million capital raise. It embarked on a further $6 million capital raise late last year. 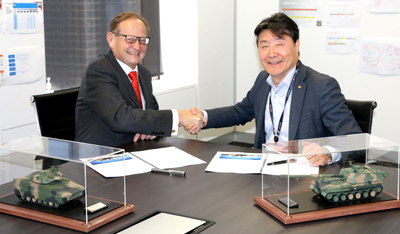 The company also established a North American sales and distribution network last year, which is beginning to pay dividends, and has established a formal R&D group in Adelaide.

K-TIG has 12 staff in Adelaide, where the welders are assembled from locally manufactured and imported parts before being shipped to customers around the world.

Smith said having a physical presence in America helped K-TIG move its customer base from early adopters to mainstream users.

“Now we’ve got 50–60 customers out there who are very happy with it and know that it works and we’re seeing scale growth because it’s an established technology,” he said. “It’s early days — we’re only six months into it — but it’s going great guns and we’re seeing really rapid growth in the number of companies wanting to engage with us because we’re now local in America.