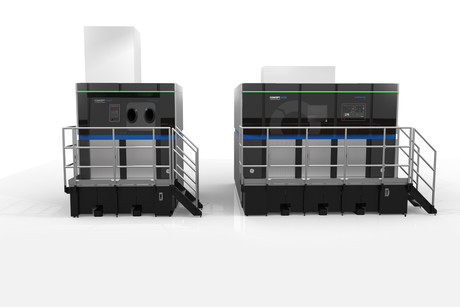 The number of production-ready additive manufacturing (AM) platforms that ship each year will increase by more than 10 times by 2030, as the technology’s use in structural and mission-critical commercial applications comes to fruition. According to a new report published by ABI Research, these systems will produce more than US$360 billion worth of parts and end products each year and nearly US$2 trillion in sum by the end of the next decade.

“Additive manufacturing is moving from the prototype to the production market in a big way,” explained Ryan Martin, Principal Analyst at ABI Research. “A new set of technologies is breaking out to create net-shape parts in a variety of build platform sizes that significantly broaden the overall scope of applications where AM can compete and ultimately win. The integration of digital and physical production systems will accompany the hybrid manufacturing models that follow for higher degrees of automation and just-in-time, on-demand delivery.”

‘3D printing’ has been around for more than 30 years in specialised aerospace and medical applications (for prosthetics, hearing aids and dental implants). The latest round of innovation is an entirely different breed. Specialist AM OEMs like 3D Systems, EOS and Stratasys are still in the mix and have primarily led the charge due to their market tenure and resulting credibility with a wide range of companies and applications, but there are also a number of emerging players, such as Carbon, Desktop Metal, Digital Alloys and Markforged that need to be taken just as seriously. ExOne, GE Additive and HP (which plans to start shipping its Metal Jet production system in 2020) are another tier in the middle, but breakout growth across aerospace and defence (including commercial aviation), automotive, consumer goods and machinery (including tooling) makes it anyone’s game.

The automotive industry represents the largest opportunity globally, with US$148 billion in additive manufacturing product value forecast for 2030, but it is closely followed by the machinery markets, and these figures differ from country to country. The United States currently leads the world in terms of AM product value but will be passed by China in 2029 under present conditions.

“Additive manufacturing brings production closer to the places where products are sold and used. For suppliers, this means the ability to better dictate the priority, timeliness and process that best fits their manufacturing needs,” concluded Martin.

Rio Tinto has announced plans to slow down its international operations in Canada and South...

A University of Queensland (UQ) study has revealed that carbon capture and storage (CCS) could be...