Seizing the potential of certificates for securing Industry 4.0 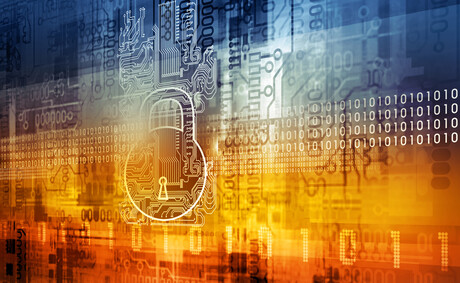 IUNO is a German national reference project for IT security in Industry 4.0 whose goal is to identify threats and risks for smart factories and develop protective measures that manufacturers can implement.

IUNO has now announced a second consortium under the name of IUNO2PAKT, with new goals to offer a range of solutions meant to counter the cyber challenges the global community is facing on the cusp of the digital industrial revolution.

Partners in the IUNO project include Fraunhofer IOSB, the largest European research institution in the field of image acquisition, processing and analysis; Hilscher, a prominent manufacturer and service provider for communication solutions and automation; Weidmüller, a provider of industrial power, signal and data technology; and Wibu-Systems, a provider of secure licence management servicing any software-powered business.

Recent developments have shown the elasticity but also the fragility of global supply chains faced with a sudden and unexpected crisis. With smart factories and modern technologies like 3D printing adding much-needed responsiveness, the breakdown of physical connections and human communication under the global pandemic puts the reliability and security of digital communication in the spotlight. IUNO had already produced advances in this area upon its conclusion in late 2018; now IUNO2PAKT, the second incarnation of the initiative, hopes to see its members pooling their expertise for a period of three years and publicising the concepts, methods and tools needed to install the backbone of a more resilient industrial landscape with an emphasis on usability in the real world.

Wibu-Systems’ contribution to the project is said to be a commitment to harnessing digital certificates for safer industrial communication. Assigned by a trustworthy certification authority, certificates can act as proof of identity in machine-to-machine communication and smart factories, where applications, machines and business systems need to be able to identify and communicate with each other, often in heterogeneous environments or across legacy networks. Their widespread use, however, has been held back by the sheer complexity of certificate management.

For IUNO2PAKT, Wibu-Systems is enveloping this entire certificate process with an addition to its CodeMeter security and protection universe: CodeMeter Certificate Vault.

CodeMeter Certificate Vault is designed to work with Microsoft’s open-source GDS and OPC UA stacks like Unified Automation’s or the open62541 ANSI C stack, specifically to operate seamlessly within ecosystems that are already popular in the industrial automation world. Certificate Vault integrates with the SSL part of the stacks to create a multivendor platform for certificate storage and handling, thus lowering one of the hurdles for the use of optimal security technology in the context of OPC UA.

Marco Blume, Product Manager Embedded at Wibu-Systems, believes in the game-changing potential of certificates: “What stops many OPC UA users from utilising their full security functions is the complexity in handling certificates. Wibu-Systems’ primary focus for this project is to automate that process by integrating CodeMeter Certificate Vault in mixed-vendor, heterogeneous OPC UA infrastructures.”

SYSPRO gives back to the manufacturing sector in Asia Pacific