OFS partnership to drive US and Australian craft beer expansion 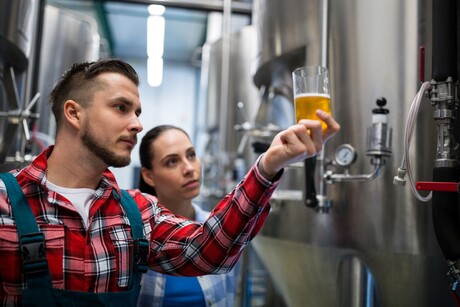 OFS’s software, which uses sensors to draw real-time data from the packing line to identify and reduce inefficiencies and waste, has become popular for filling and packing-line efficiency monitoring in Australia. It is already used by around half of Australia’s craft breweries including Stomping Ground and Tribe Breweries. The 5th Ingredient, founded in the craft beer capital of San Diego, has had similar success in the US with its proprietary Beer30 brewery software, which assesses data from the moment raw ingredients are purchased to when the can, bottle or keg is sold.

The 5th Ingredient has already deployed its software in more than 10% of the Australian industry, while OFS, having recently launched in the US, has already signed its first three US breweries including Pelican Brewing Company, a leading Oregon-based craft brewery. The brewing software specialists now aim to expand their footprint across both countries’ entire industries, at a rate of 100 breweries a year.

The software integration between Beer30 and OFS provides greater visibility into yield, covering losses from every step of the brewing and packing process in real time. For example, OFS could capture a series of downtimes on the filler correlating to a CO2 quality issue captured by Beer30, which has affected a portion of the product. If the overall problem is related to raw ingredients, it could also identify the relevant batch and which products were affected, preventing a larger-than-needed product recall.

The companies say that both OFS and Beer30 are viable solutions for brewers of all sizes where efficiency is seen as a must-have rather than a nice-to-have, dispelling the myth that these kinds of systems are only used and of value to large companies. Depending on the size, even 10 minutes of downtime solved could equal thousands or hundreds of thousands of dollars in gained production.

“We conducted a benchmark industry report last year and found that craft brewers typically spend more than half their time not making beer,” said James Magee, CEO, OFS. “That’s a data problem — paper-based processes, not knowing where the issues that halt the line are coming from, or how much downtime or waste they’re causing. The combination of OFS and Beer30 software will bring full integration and automation of all data points into any brewer’s hands. More importantly, it will help them make more beer, in less time, with less waste.”

The 5th Ingredient CEO Pulkit Agrawal added: “There’s such a sense of passion, pride and community in the craft brewing industry. They just want to make great beer, and more of it. Our entire focus is on enabling that through what we see as the often-missing ingredient from beer production: data.

“Many decisions in breweries are made based off anecdotal evidence that emerges on day six or seven of production. Together with OFS, we can highlight the issue on day one or even zero, before production begins. This helps craft brewers change from being reactive to predictive and proactive.”

Agrawal said that the unique sense of community, camaraderie and local business support in the craft brewing industry has helped both companies quickly expand.

“There aren’t many industries where, if you do a good job and show value to a customer, that customer will recommend you directly to one of their competitors,” he said. “They help each other out, but they also hold each other to a high standard to keep customers satisfied.”

Magee says the companies’ dual expansion and more craft breweries leveraging the software will lead to enhancements and improvements over time.

“We can anonymously use data from breweries in both countries to continually iterate and upgrade our software. We can add more modules, more sensors that show new data streams and maximise beer production. This data can not only make beer producers’ days easier, but enhance their business more broadly,” Agrawal added.