Investment in new OT cybersecurity players on the increase 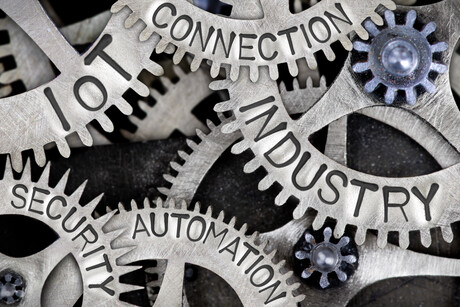 OT and IoT cybersecurity company Nozomi Networks has announced a US$100 million pre-IPO-funding round to help accelerate the company’s growth phase.

The company is one of a growing number of companies, all claiming in their PR to be “the leaders in OT security”, that are venturing into the operational technology (OT) threat intelligence and cybersecurity market and gaining investor funding.

Compared to the large incumbent industrial automation vendors — who are usually large corporations with decades or even more than a century of history — many of these newer companies in the market appear to have originated as start-ups from the IT networking arena (those providing hardware and software solutions) or software companies providing threat intelligence. Some already provide services in traditional IT markets and are seeking to expand into the manufacturing and process control markets.

Other players in this field vying to claim the top spot in the cybersecurity threat intelligence market that may be more well known than others include Claroty and Tenable.

Threat intelligence and services offered via the cloud have a lower barrier to entry into industrial markets, since they don’t involve intrusion of hardware or software into the OT environment itself — as long as they provide valuable insights that help an organisation manage their security posture more effectively.

Those seeking to present hardware or software solutions (such as firewalls, intrusion detection or vulnerability scanning) that are deployed inside OT networks would probably be finding considerable resistance. Not only are OT engineers sensitive to anything that may risk the availability of their mission-critical systems, but there is already a well-established presence of cybersecurity technologies and services available from major automation vendors.

Large providers of industrial control and automation technologies, such as ABB, Siemens, Honeywell, Yokogawa, Schneider Electric and Rockwell Automation (among others) have been providing cybersecurity offerings (hardware, software, consulting and services) for a number of years. These types of corporations already have a larger base of trust within manufacturing and processing industries due to their experience in OT environments and their ability to provide scalable services and technologies for large customers with significant investments in automation.

While many of the newer OT cybersecurity players seem to be making significant inroads (Claroty being a good example), these seem to have succeeded largely by partnering with the larger automation vendors in a complementary role: both Claroty and Nozomi Networks have recently made partnership announcements in this area.

NERA has announced that an artificial intelligence technology solution has been harnessed in a...

New Zealand company Rfider is the only company outside of North America to get the FDA accolade...