GE decides to keep GE Digital in the fold 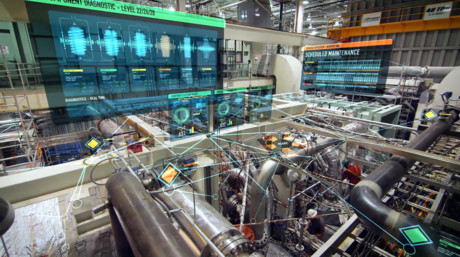 GE has announced it will retain its lucrative digital business, GE Digital — which it had previously announced it would spin off as a separate business — and will sharpen the division’s focus on four key markets, including electric utilities and power generation.

“I want to affirm that GE Digital is staying in GE,” wrote GE Digital CEO Pat Byrne in a letter to investors. Changes to the business will ensure GE Digital remains “one of the largest industrial software companies in the market with over $1 billion in annual revenues”, he said.

GE, which has provided software for its energy equipment for decades, established the digital division in 2011, when it announced a $1 billion commitment to develop industrial software and analytics. In 2013, it launched Predix, its first software platform for the Industrial Internet of Things (IIoT), and it has since released enhanced versions of the platform to enable companies to connect machines, data and people in a single cloud-based platform.

In December 2018 the company announced it was considering plans to establish a “new, independent company” focused on building a full IIoT software portfolio. GE intended to furnish the company with $1.2 billion. The proposed business would have taken on the Predix platform, asset performance management, historian, automation (HMI/SCADA), manufacturing execution systems, operations performance management, and the GE Power Digital and Grid Software Solutions businesses.

In a LinkedIn post on Friday, Byrne confirmed the company’s directional shift, saying that GE’s “clear market focus” would best position the company to use its strength of “deep industrial domain knowledge to deliver compelling value”.

“GE pioneered the Industrial Internet of Things and has a great combination of talent and technologies to help our customers meet their ambitions,” he said. However, the division has been revamped with a mission that is focused on bringing “simplicity, speed and scale to your digital transformation with software that helps you to better operate, analyze and optimize your business processes”, Byrne told customers in his letter.

ABB Australia has partnered with High Technology Control (HTC) to extend the support of offering...

ABB Australia has partnered with A1 Electric Motors of Shepparton, Victoria, to secure its first...