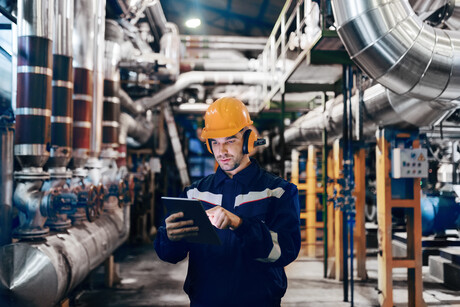 Fortinet has released its global 2022 State of Operational Technology and Cybersecurity Report. While industrial control environments continue to be a target for cybercriminals — with 93% of operational technology (OT) organisations experiencing an intrusion in the past 12 months — the report uncovered widespread gaps in industrial security and indicated opportunities for improvements.

There were a number of key findings in the report.

The Fortinet report found that only 13% of respondents have achieved centralised visibility of all OT activities. Additionally, only 52% of organisations are able to track all OT activities from the security operations centre (SOC). At the same time, 97% of global organisations consider OT a moderate or significant factor in their overall security risk. The report findings indicate that the lack of centralised visibility contributes to organisations’ OT security risks and weakened security posture.

The Fortinet report found that 93% of OT organisations experienced at least one intrusion in the past 12 months and 78% had more than three intrusions. As a result of these intrusions, nearly 50% of organisations suffered an operational outage that affected productivity with 90% of intrusions requiring hours or longer to restore service. Additionally, one-third of respondents saw revenue, data loss, compliance and brand-value impacted as a result of security intrusions.

Ownership of OT security is not consistent across organisations

According to the Fortinet report, OT security management falls within a range of primarily director or manager roles, ranging from the Director of Plant Operations to Manager of Manufacturing Operations. Only 15% of survey respondents say that the CISO holds the responsibility for OT security at their organisation.

OT security is gradually improving, but security gaps still exist in many organisations

OT security is a corporate-level concern

As OT systems increasingly become targets for cybercriminals, C-level leaders recognise the importance of securing these environments to mitigate risks to their organisations. Industrial systems have become a significant risk factor since these environments were traditionally air-gapped from IT and corporate networks, but now these two infrastructures are becoming integrated. With industrial systems now being connected to the internet and more accessible from anywhere, organisations’ attack surfaces are increasing significantly.

With the IT threat landscape becoming more sophisticated, connected OT systems have also become vulnerable to these growing threats. This combination of factors is moving industrial security upward in many organisations’ risk portfolio. OT security is a growing concern for executive leaders, increasing the need for organisations to move towards full protection of their industrial control system (ICS) and supervisory control and data acquisition (SCADA) systems.

“This year’s global State of OT and Cybersecurity Report demonstrates that while OT security has the attention of organisational leaders, critical security gaps remain. PLCs designed without security, continued intrusions, a lack of centralised visibility across OT activities and growing connectivity to OT are some of the critical challenges these organisations need to address,” said John Maddison, EVP of products and CMO at Fortinet. “Security converged into the OT networking infrastructure, including switches and access points and firewalls, is essential to segment the environment. This combined with a platform that spans OT, converged OT/IT and IT provides end-to-end visibility and control.”

Rockwell named a Visionary in Gartner Magic Quadrant for MES

Rockwell Automation has been named a Visionary and Plex Systems a Leader in the 2022 Gartner...

SICK has launched a new product called Monitoring Box that enables access to sensor data for...