Condition monitoring and data analysis in the cloud 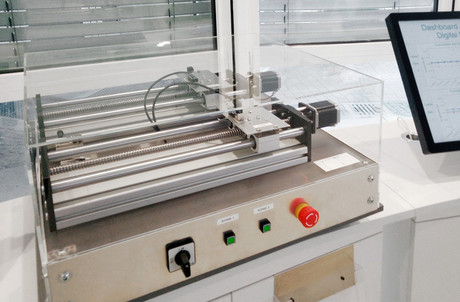 Machine tools are precision apparatuses. They mill, turn and grind workpieces with micrometre accuracy. This precision can be achieved only when mechanical parts are working together perfectly and nothing vibrates. Vibrations can be transmitted to the tools and ultimately lead to errors and inaccuracies in the finished workpiece. When things go wrong, complaints follow and hit the manufacturer financially. That’s why it’s important to recognise damage or wear in machines at an early stage, and for this reason many machines are monitored by sensors that can recognise that a component is slowly becoming worn. The sensors can issue a warning signal that the part should be replaced before damage occurs. There are now numerous such predictive maintenance systems on the market.

Generally, however, predictive maintenance systems remain standalone solutions. Although they issue a warning so that a component can be replaced, this valuable information is rarely put to further use. Experts from Fraunhofer IPK in Berlin have now developed a system that does much more with predictive maintenance. They integrate the sensor technology into an internet platform that stores the full life cycle of one or more machine tools. This paves the way for comprehensive data analysis, which can be used to optimise machines or entire work processes.

Headed up by Claudio Geisert, Deputy Head of the Production Machines and System Management department at Fraunhofer IPK, the team chose to demonstrate their work using a key component of a machine tool: a ball screw drive, which moves a workpiece carrier in the machine extremely precisely back and forth on a spindle.

Such spindles can wear out over time, which leads to unwanted vibrations that can create faults in the workpiece. At the heart of the smart maintenance system developed by Fraunhofer IPK is a sensor circuit board that contains a commercially available sensor chip known as a microelectromechanical system (MEMS). These MEMS are small silicon components that accommodate various interconnected technological modules on their surface. In this way they can, for instance, measure environmental stimuli, such as vibrations, which can be analysed by a connected processor. The MEMS and processor together form a sensor node.

“Millions of MEMS like these are fitted in cars and smartphones today. They are cost-effective and yet sufficiently precise for our purposes,” said Geisert.

An important element is that the processing of the sensor signals takes place directly on the sensor node. Consequently, the processor recognises a fault by itself and can pass this information on.

The information is transmitted to an IoT platform, which sends an alarm to the service headquarters, which then decides what to do. For example, it might set a suitable date for replacing the spindle to avoid production downtime due to machine stoppages. In addition, this IoT platform contains a digital twin of the machine tool — a digital copy that contains the history of the machine and all conditions and operating parameters. If, in the end, the defective spindle is replaced, the digital twin also receives the information that it now includes a new component.

The operators of the machines would be able to recognise, for example, whether certain processes on the machines significantly increase wear, enabling work processes to be adapted accordingly. And the manufacturers of the machine tools can gain valuable indications for further optimising their systems.

“Ultimately, this lets you call up and analyse the history of an entire fleet of machines to find possible weaknesses,” added Geisert.

But connecting the real machine with the IoT platform also has advantages for the on-site staff who service the machine. In the IPK solution, technicians first scan a QR code on the machine in order to verify that they are working on the right machine. This is particularly important in companies that have entire machine fleets. The component can also be scanned and compared against the data in the digital twin — to ensure that another component isn’t replaced by accident. In addition, employees can use a tablet computer to call up instructions for fitting and removing a component. Once the repair is done, they can start a test run directly from the machine. If everything has gone well, they press an OK button to give the signal to update the component in the digital twin as well.

“By connecting the machine and the sensors to the IoT platform, we now get, for the first time, a holistic picture of a machine or an entire fleet,” said Geisert. “This will enable large companies to monitor their full fleet of machines across individual locations.”

The IPK solution is already so far developed that it can be used in industrial applications. It offers the possibility to adapt these technologies to the specific needs of various users.

Vault, by MDT Autosave, is a plug-and-play device for secure storage and version management.