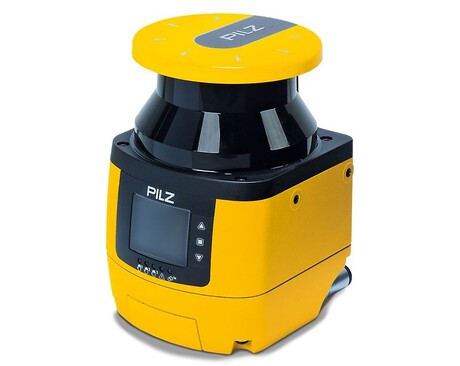 In many workplaces robots are now being configured to work alongside humans and can lead to savings in costs and increases in productivity. This is apparent not only in service applications, but industrial processes that are accustomed to working with robotic systems, having used them for half a century. Unlike previous robotic applications, collaborative robots cannot be confined to cages, and require the development of new safety procedures.

The connection between robots and humans is growing closer, as humans are required to direct robots in increasingly complex applications that depend upon a close working environment. Rob Stevenson, national sales and marketing manager at Pilz Australia, an automation technology company, noted that the use of robots in environments not separate from humans is an emerging area for the manufacturing industry.

“The traditional robot applications still need to be protected — and we’re always looking at better ways to achieve that — but then you’ve got the evolution of collaborative robots in the industry as well. That area is still new and most of the industry is coming to terms with where the collaborative robot fits and how best to safeguard it,” said Stevenson.

At the same time, robots are also operating autonomously from human command. While this has freed up employees to complete more cognitively complex tasks or those that require greater levels of oversight, autonomous robots in the workplace pose safety issues as they exist side by side to humans, without direct supervision.

Pilz provides a number of engineered solutions to allow humans and robots to work safely together that are implemented by robot integrators in an application-based approach. Products include the newly launched PSENscan safety laser scanner, which helps to ensure a robotics-augmented workplace can be safe for the humans that work alongside automated processes.

Designed to be utilised in workplaces that have incorporated an advanced robotic system into the production line, the PSENscan can allow for the productive and safe interaction between machine and human.

“It’s easy to make something safe by putting a big fence around it, but it doesn’t make it very practical, and that’s where things like scanners come in,” said Stevenson. “Depending on what the risk assessment determines, scanners can make the operation between man and machine more practical, more user friendly and more productive, but also safe.”

Finding the sweet spot between the benefits of robot-augmented workplaces and the need for human safety requires an approach that recognises the benefits as well as the complications that come with automated systems.

“We try and look for that combination, that right balance between productivity, safety and economy,” said Stevenson.

The PSENscan can be configured to have an initial warning zone of up to 40 m from the sensor, allowing a worker or supervisor to be notified, via an audible signal, for example, that they are entering a risk zone. Alternatively, a machine can be decelerated when individuals move into the safety zone. Moving closer to the sensor, a protected field range of between 3 and 5.5 m can be established at which a robotic process can be halted.

As robots are increasingly used in mobile applications, for example automated transfer vehicles (ATVs), techniques to prevent a collision must be implemented. The PSENscan can be mounted onto a robotic vehicle and send a signal to decelerate a vehicle if it approaches a human worker or stop the vehicle if the worker is in the safety zone.

“Depending on what the requirements may be for that ATV, the scanner or radar system can sense presence in a particular zone and be able to either provide an indication if people approach that zone or actually stop the equipment to keep it safe,” said Stevenson. A PSENscan system can also be installed in an exclusion area that is permeable for human workers. This allows for what were once segregated cages to be made accessible to maintenance workers or line workers while reducing the risk of a human-robot interaction that leads to a safety hazard.

The PSENscan device has been configured so that it can distinguish between different types of materials that can enter the safety or warning zones. So that false alarms are not set off, the system is calibrated to only trigger an alert if an identified safety risk is present, avoiding being set off by dust.

The PSENscan from the German-based Pilz, is built to the IP65 protection standard, which means that it is impervious to dust and can be used in an environment that is regularly washed down with water. This makes the PSENscan useful not only in automotive or metal-manufacturing, but also food and beverage processes where hygiene is a concern and regular washdowns are part of the daily routine.

Being aware that every situation where robots may be used is different, Stevenson highlights that in Pilz’s approach to safety in automated workplaces, the starting point is a risk assessment that determines what the hazards are, and then the company works from there.

“We never go in with a product-based approach, saying ‘We’ve got a scanner and this is the application for it’. We always look at the application and the requirements for the operation of the machine and then we apply the appropriate measures that we have in our portfolio, or indeed for a larger engineered solution, the broader portfolio in the marketplace to rectify that,” said Stevenson.

Stevenson further highlights that ultimately a robot’s value to a company comes from its safety.

“You might have a machine that is unsafe yet very productive until the moment that somebody is injured, and it costs the company a fortune.”

PSENscan provides a solution for industrial companies that understand the need for safety systems that respond to the dynamic environment of contemporary robot-augmented workplaces.

Image: The PSENscan is one of a number of safety solutions that Pilz offers.

Safety at work: how can machine tools and systems operate safely and efficiently?

For a while now, sensors have been not only a component of process control: today one of their...

Tools of the trade

With food and beverage manufacturers under increasing pressure to maintain high safety standards,...