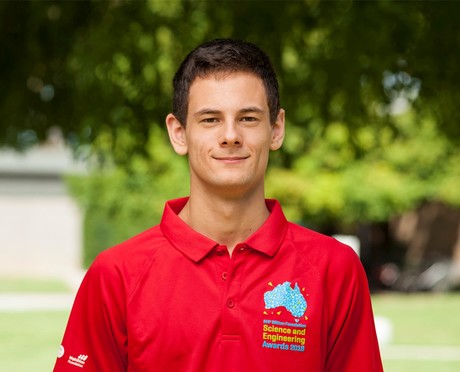 The 19-year-old from Barker College took home US$75,000 for his invention, which is designed to reduce human injury and decrease the costs of window cleaning on medium-rise commercial buildings. The small robotic device uses drones, motors and propellers to navigate building facades and clean windows using water and microfibre scrubbers.

He said his inspiration came from two health and safety events that occurred at around the same time — someone had fallen off a glass pane they were cleaning, and there was a collapse of a gantry in the city. Nicholls then questioned why these tasks can’t be automated to prevent a person from doing a dangerous activity, leading to the development of the robotic window cleaner. The final product went through rigorous prototyping, testing and evaluation to show commercial viability.

Nicholls was one of five of Australia’s 2018 BHP Billiton Foundation Science and Engineering Awards finalists to secure awards at Intel ISEF, the world’s largest international pre-college science competition. Up against over 1800 high school students from 75 countries, they collectively won a total of 11 major awards.

The award finalists attended Intel ISEF as part of the BHP Billiton Foundation Science and Engineering Awards Australian delegation and STANSW’s Young Scientist delegation. CSIRO Education and Outreach Director Mary Mulcahy said this was another example of Australia’s scientific capabilities being recognised on the global stage.

“Australia is one of the best places in the world to start a career in science, technology, engineering and mathematics (STEM). By having our high school students winning international awards, we are further strengthening our international reputation as an innovative country.”

“We believe that by supporting STEM education and achievement in young people, we are investing in Australia’s future problem-solvers.”

Germany's TÜV SÜD has pulled out of conducting safety assessments of dams after the...