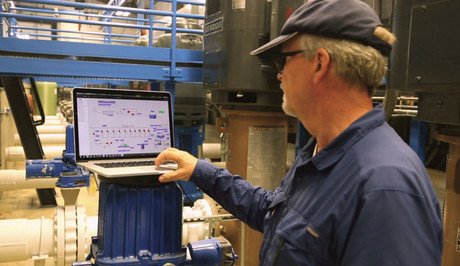 Both MRW and Park City have seen significant improvements since switching from their previous SCADA systems to Ignition from Inductive Automation. MRW saves more than US$400,000 per year on energy with the greater control it has achieved by using the new system, while Park City saves the equivalent of one full-time employee by using Ignition to automate its reports to a state agency. Both utilities plan to do more with Ignition in the future, and operators are becoming more engaged with the data at both organisations, creating their own screens in Ignition.

Ignition was implemented at both utilities by system integration company SKM. Based in Bountiful, Utah, SKM operates all over the western United States. “Both utilities need to see data, track the data very closely and store large amounts of data,” said Allen Rogers, a principal and project manager at SKM. “They wanted the data to help them make better decisions, run their operations more efficiently and save energy. Being able to track everything in their systems was key to all that. And both utilities are constantly expanding.

“I knew we needed a SCADA system that allowed for growth and could handle a lot of tags, without the need to go back and relicense things. Ignition was a great fit for both Mountain Regional and Park City.”

Using Ignition, SKM has built several solutions for both utilities, and its unlimited licensing model is perfect for the growing utilities.

“We needed a new HMI/SCADA system primarily because the one we were using was difficult to expand,” said Doug Evans, Water & Energy Manager for MRW. “Every time we wanted to add a site or expand our water system, we needed to acquire new licences. We wanted a SCADA system that could provide everything we needed in one package.”

“We took them from looking through a peephole into their systems, to having a nice bay window,” said Rogers.

“The granularity of our data collection with Ignition allows us to see things in our water system that we were never able to see before,” said Nick Graue, Public Utilities Engineer for Park City Water. “The real-time data allows us to monitor our system very closely now.”

It’s also easy to add more clients. “Prior to Ignition, we had multiple operators fighting over the mouse to control the SCADA system,” said Graue. “Now we have individual terminals for each operator. Everybody has eyes on the system and nobody is getting in anyone’s way.”

The mountainous region requires MRW to pump plenty of water uphill, and that consumes a lot of energy.

“One of the things we really value with Ignition is that it allowed us to venture into new realms of energy and power management,” said Evans. “And it saved us over $400,000 a year. That savings more than funds my entire department, as well as much of our SCADA improvements and upgrades.”

For Park City, reporting has become much easier. “I really enjoy the reporting tool that SKM built for us,” said Graue. “I’m able to query any parameter of any tag within our entire system, and learn anything about what was happening at a certain time.

“It also gives us the flexibility to continuously add tags of our choosing, whether it’s new instrumentation or new reporting capabilities. We are constantly modifying our SCADA system.”

Park City sees Ignition as a strong base for the future. “Ignition, in our minds, is a great foundation for what we see as the smart utility,” said Graue. “We have various other critical business systems, such as our automated meter reading and our CMMS. We feel we can continue to capitalise on these great technology systems by integrating them with each other.”

Rogers said he was very impressed with the speed and power of Ignition when he first became familiar with it. “I was really surprised at how fast and easy it was,” he said. “I was able to download Ignition and install it, and within 10 minutes I was connecting to PLCs and adding tags. It was very impressive.”

Chokes deployed in the automotive industry