Brewery finds itself ahead of user requests 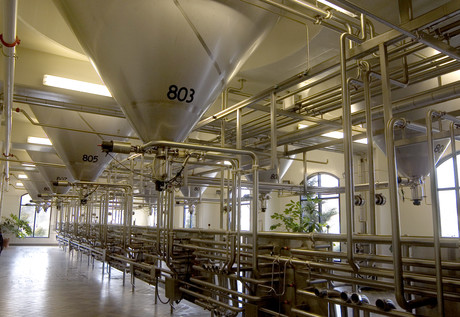 It’s a strange problem when an IT department can put too many features on the system. Usually, it’s the other way around: more often than not, it is the IT department that is overwhelmed with requests.

“We find that we can overload our users with new features,” said David Lewis, business analyst for Sierra Nevada Brewery Co. “It’s so easy to build stuff, we’re way ahead of the user-curve. We have found that we have to wait for them to digest what we’ve built, and then wait for them to start asking for more.”

Sierra Nevada Brewery Co is the sixth-largest brewery in the United States. Its beer is produced exclusively in Chico, California, and is distributed in all 50 states and exported to Europe and Asia. Its flagship product is Sierra Nevada Pale Ale, complemented by a year-round program of seasonal and specialty beers.

Lewis explained that before implementing Inductive Automation software, there had been a lot of requests — and those requests took a long time to develop. Accessing production system data was the biggest IT development hurdle. After implementing the new software, data was easily obtained from anywhere in the plant.

“Now, all of a sudden the data is all there,” Lewis said. “It’s the keys to the kingdom: we’ve now been able to manage some pretty heavy workflow problems.”

But it wasn’t initially easy to find those keys to IT bliss. Anytime IT makes a decision to put new software on a system, they need to proceed with caution to ensure no disruption to the plant’s production.

“We approached the software with scepticism,” Lewis explained. “There was no support among our automation engineers for using it as a control system for both philosophical and practical reasons: philosophically, because we treat our control system as a standalone system — completely unconnected from any other network — and practically, because our corporate Windows-based PC network had such a rotten reliability record.

“Fermentation is a 24/7 process, so our plant controls staff were in no mood to introduce Windows-style downtime to their lives. The Inductive Automation software was so inexpensive, however, that we decided to try it for data acquisition and production reporting — two areas where there were no good alternatives on the market.”

The first experience with the software proved to be very user-friendly.

“It was easy to configure,” explained Jonathan Swisher, system developer. “The reason it is easy is because I only had to install it on the server: it took me almost no time. There are no clients to install individually.”

“Most of it seemed intuitive,” Swisher explained, referring to Inductive Automation’s Jython scripting. “All the functions are well documented. Python is clean and concise, which makes Jython really familiar, and super easy to learn.”

System developer Ron Mayfield said that various interactions with the company’s SQL database had always been problematic in the past. When they rewrote all of the data to go through Inductive Automation’s software, life got easier.

“Once we realised that this was possible — to work with the PLCs and other SQL production databases — we found we could bring it all together and put it on one screen,” he said. “That kind of synergy of info was previously off-limits.”

They could now help all departments communicate seamlessly. One example he gave was their filtration-to-packaging workflow.

Before a tank of beer is ready to be packaged, it has to be processed by the filtration department and then sampled and tested by the lab. Test information was then handwritten onto a series of whiteboards around the plant. They faced a very simple problem: as the plant grew, people had to remember to write that information down in more and more places — a round trip of nearly half a mile.

Lewis, Mayfield and Swisher agreed that changes aren’t always easy. Especially when the IT department can make more features than their users can take in at a time. They’ve actually had to slow down the pace of how many features they add to the system, just so users get a chance to accept the new changes.

“But I think everyone agrees that the changes are good,” Lewis said. “We’re a growing company. Five to ten years ago when we had to make a production decision, we would simply walk over and talk to someone… but now you can’t always find that person. Using Inductive Automation’s software, we can always find the screen. Operation is much easier than before.”