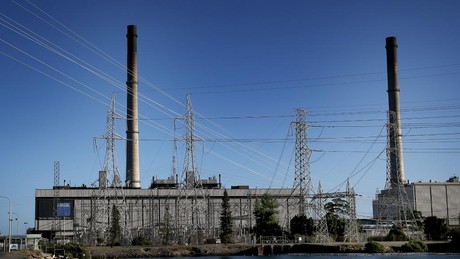 AGL, formerly known as the Australian Gas Light Company, has been in existence for over 180 years, having been founded in Sydney in 1837. As the second company to be listed on the Sydney Stock Exchange, it is not only steeped in history but is recognised as an organisation that readily adapts to customer and market changes. Today, AGL Energy Ltd is involved in both the generation and retailing of electricity and gas for residential and commercial use.

AGL Energy’s Torrens Island Power Station (TIPS) is located on Torrens Island in South Australia, 18 km from Adelaide’s CBD. The ‘A’ station became operational in 1967, with the ‘B’ station completed in 1981. The station burns natural gas in boilers to generate steam, which drives the eight turbines to generate electricity with a total nameplate capacity of 1280 MW. As the largest power station in South Australia, it is a critical asset, even more so in light of the power generation challenges encountered by the state in recent years.

The team at TIPS have always prided themselves on the depth of their generation and operations knowledge, keeping the station running at optimal performance at all times. In striving to move to the next level, they decided to explore the possibility of implementing a process simulator, or ‘digital twin’, in 2013.

When evaluating their requirements, the team at TIPS took a number of factors into consideration. Not only did they want rigorous training for operators in all aspects of unit, common and local plant operations, they needed to ensure that failure and malfunction situations were addressed quickly and efficiently. Such failures and malfunctions would need investigating to identify root causes and prevent any repetition.

Another crucial aspect was the testing of control and logic modifications, or proposed alterations to plant operating regime (such as different burner patterns, lower minimum load, higher ramp rates, etc) without having a detrimental impact on operations. Being able to test process and equipment modification scenarios using live plant data, yet without affecting operations, was a huge attraction to the TIPS team. With all this in mind, and following a rigorous evaluation process, AGL selected Yokogawa’s Plant+ as the process simulator.

Yokogawa Australia & New Zealand has been developing and implementing high-fidelity dynamic simulators for the process industries for over 20 years. With a dedicated design and development group based in Sydney, Yokogawa has provided leading-edge operator training and process optimisation simulators to both domestic and overseas markets.

With the decision made, AGL engineers moved quickly to implement, completing installation of their new digital twin in 2016. Although one of the initial plans was just to train plant operators, they were conscious of not falling into the trap that many do — just using the simulator as an operator training simulator. Due to time or resource pressures, few process simulator owners take advantage of the full capabilities a digital twin can provide. The team at TIPS, however, had far greater plans, starting with investigations into effects on unit operations when running without a boiler combustion air pre-heater. 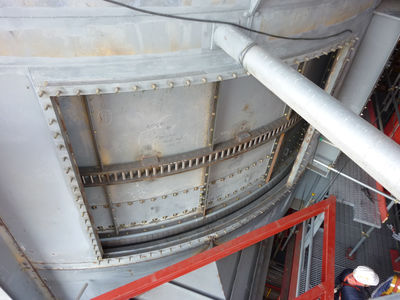 Air heaters are an important component of unit operations from an efficiency perspective. Yet they also require a great deal of maintenance to ensure they are working correctly, with unit efficiency significantly affected when not functioning correctly. In periods of high demand it is not possible to go offline to resolve issues with air heaters, as the financial implications of doing so would be significant. Yet if an air heater failed during periods of high demand, or an air heater was not functioning at all, what would be the effect of running a unit without the heater? This was a scenario that AGL made a decision to test using their digital twin.

There was the very real possibility that one unit may have to run without the air heater during summer. To ascertain the impact on the unit, TIPS conducted testing on the simulator to determine the effects on the process and also define the limitations for the boiler and turbine.

“Obviously the unit would not achieve full output, but we needed to establish the point at which the unit could be run safely and economically.

“We knew we had a challenge on our hands with this air heater and were still going through the process of resolving it for the long term. However, we had the short-term challenge of ensuring the power station met consumer demands and this unit would be crucial in doing so. We therefore decided to test the effects on a unit of running without an air heater to see if this could assist in resolving this short-term issue.”

Using one of the operational units to test this just wasn’t feasible; similarly, firing up the affected unit without having a clear understanding of the implications was out of the question.

However, the process simulator is an ideal tool to try out the changes, by replicating operations to a high degree. Knowing that they could run multiple scenarios of unit operations without an air heater and monitor the impact on operations was ideal.

The team looked at several ways to run the 200 MW unit without an air heater, eventually deciding to run the unit at 100 MW. Then, the idea was to slowly remove the mass and surface area of the air heater in the model until only a 2-degree heat exchange transpired, which was seen as being the best outcome. Later removing this restriction, AGL could simulate less back pressure on the forced draft fans.

“The testing was completed in a limited time frame but the results seemed to reflect what we expected. As the fans worked harder, fuel gas pressure was higher and at about 160 MW the air and fuel became unstable so would require some tuning.”

Next, the unit was taken through all loads up to 160 MW with a reduced ramp rate without any issues. Without restriction, several boiler purges were then performed successfully and once more the expected results were observed, with lower windbox pressures for given fan positions.

“Testing included closing in the stack damper slightly to see if it was an option to increase pressure to normal and this worked too. We also didn’t need to force any of the safety system parameters and the trip settings were not breached.”

Using their digital twin, TIPS confirmed their belief that running without an air heater would be possible. Not an ideal scenario, but knowing they can operate the affected unit to meet consumer demand in the short term and even operate other units without air heaters for short periods provides options. In the pressurised and high-profile environment of power generation in South Australia, AGL’s adoption of a digital twin has provided clear evidence that process performance can be optimised in response to plant constraints.

Call for mining regulations in Myanmar after fatal landslide