A reliable water supply for the Ruhr area 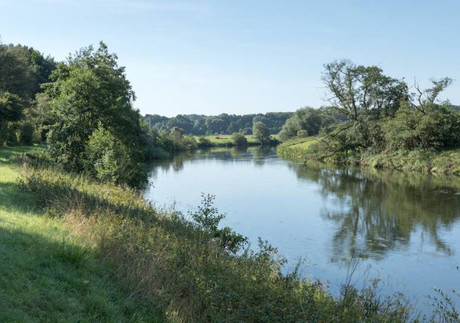 Roughly 4.6 million people live along the Ruhr River in the most heavily populated area of Germany. The river was an important waterway and water supply in the midst of the industrial development of the eighteenth and nineteenth centuries, and it therefore assumed a key role as a centre of commerce in the Ruhr area named after it. Mills and mines were developed and provided for the prosperity of the region. And then suddenly the Ruhr needed help, because the boom it spawned had a significant downside: wastewater from industry, mining and agriculture resulted in such heavy pollution that the Ruhr was at risk as the main water supply for the population. The people of Westphalia quickly took action to stabilise the water quality of their river with the introduction of the Ruhr Cleanliness Act in 1913, one of the first-ever environmental protection laws in Germany.

Today, Wasserwerke Westfalen GmbH also acts with a sense of responsibility for the river in fulfilling its role as water supplier. It provides roughly 100 million cubic metres of drinking water to 1.5 million residents per year. “However, we’re not just a supplier of drinking water, but also a producer of regenerative electric power with five hydropower plants along the Ruhr,” said Michael Schwarze, Head of Central Operations Management at Wasserwerke Westfalen GmbH. “In addition, we operate many water towers, pressurising systems and other facilities for our two parent companies. The network extends from the Münsterland region in the south to the central and eastern Ruhr area all the way to the Sauerland region in the north.

“As a water utility, we think in generations. We bear a great responsibility for the quality of life of those living in the region,” he said.

Monitoring an infrastructure that spans roughly 80 km has to be well planned. The system also has to be standardised and easy to operate, and it shouldn’t be beset with training expenses for personnel or prone to operating errors. Wasserwerke Westfalen recently standardised its process control system with a Simatics PCS7 system from Siemens, along with electrical engineering and automation components.

Before centralisation, all automation systems and computers for the individual power plants and facilities operated independently from one another. “Administration, engineering and all of the other tasks that arise always had to be handled on-site. This required enormous effort, both logistically and in terms of time,” recalled Achim Koslowski, the manager responsible for instrumentation and control at Wasserwerke Westfalen GmbH.

Now all of the facilities and stations are controlled and monitored from a central control room. This has many advantages. “Thanks to central engineering, we not only save travel time, we can also easily manage the extensive modernisation measures and many components and systems with our comparatively small team of four project engineers,” said Koslowski. “Projects can be better planned and structured, and we can also assign subprojects to our external partners more easily than before. Thanks to the preliminary work in the migration project, we now also have an absolutely stable and reliable solution, so that we can concentrate fully on our new projects.”

Or, put another way: future projects can be easily planned, and their simple and cost-effective control will ensure that the drinking water in the Ruhr area will continue to be high quality and affordable in the years to come.

These advantages explain why a standardised operating philosophy is so important to the utility. This philosophy also means that operations are structured in the same way on all hierarchical levels and at all locations. The foundation is a standard library of functions from Siemens for implementing automation and process control tasks.

The benefit is clear to Schwarze: “We have to represent our complex system structure with a wide range of technology and operating hierarchies in the control system. The standard library allows us to easily solve many tasks without extensive programming effort using standardised and tested modules. We’ve largely standardised functions and messages so that the process control always has the same look and feel.”

The process control system isn’t the first solution in which Wasserwerke Westfalen GmbH has relied on Siemens as technology partner. Before the Simatic PCS 7, there were already drive and communication components that were operating reliably. That’s why the water utility is currently implementing additional projects with Siemens components, including field equipment, switchgear, protection systems and network security solutions.

“We always have something to do and improvements to make in our equipment so that we can ensure a reliable supply of drinking water for the next generation,” said Schwarze. “And in Siemens we’ve found a partner that can support us with successful solutions.”