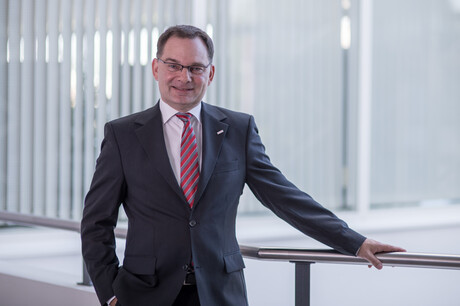 Swisslog is celebrating 25 years in Australia and New Zealand, where it continues its expansion into intelligent automated technologies to enhance warehousing and distribution efficiency.

In 1996, Digitron was set up in Australia, and later, in 1999, it was renamed to Swisslog Australia and New Zealand (Swisslog ANZ). In its first year, the company delivered its first high bay installation at Woolworths Minchinbury, NSW. At the time, this was one of the most advanced distribution centres in the world.

Swisslog ANZ continues to expand as it introduces new solutions to local markets, including retail, food and beverage, pharmaceuticals, materials handling, logistics and warehousing. A recent win included an order to install the first micro-fulfilment centre (MFC) in Australia, which builds on successful MFC installations globally.

“The new MFC project is an exciting win for Swisslog ANZ,” Meier said. “It includes a 24/7 click-and-collect functionality, and integrates a customised and automation-driven AutoStore solution designed to deliver strong ROI and outstanding flexibility to the customer.”

Swisslog moved its ANZ office to Sydney Olympic Park in 2015, and its workforce has now grown to more than 100 employees locally. Swisslog ANZ helps design, install and commission the automation solution — including relevant software — and then provides ongoing maintenance.

“In many cases, we provide a dedicated on-site System Operations Team, which works collaboratively with the customer’s team to maximise the benefits of the automated system,” Meier said. “These teams need to have a strong understanding of the customer’s unique system, and they need to be ready to provide creative problem-solving solutions that minimise customer downtime and enhance operational performance.”

Image: Swisslog ANZ Managing Director Francis Meier has been part of the global Swisslog organisation for more than 25 years, including the past five in his current role.

As small as 1 mm2, Rel8's imZERT barcodes are designed to enhance product and...