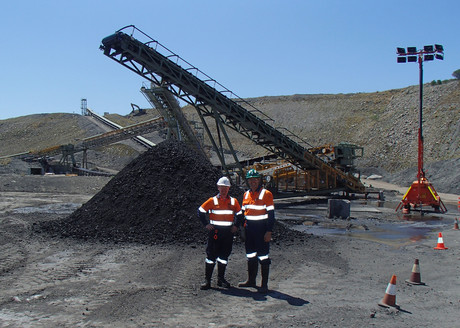 A three-pronged approach to mine rehabilitation and recommissioning has paid handsome time, cost-efficiency and community dividends for Glencore as it brings its Integra coal mine in the Hunter Valley back into production.

Integra commissioned the Chute Technology engineering partnership to handle in an integrated way a succession of tasks vital to the mine’s reintroduction that would normally be handled in separate stages, taking longer to coordinate and costing more. The result has been completion on time and on budget for the complex series of tasks, within the narrow nine-week window of time required by Integra. The mine was on schedule to deliver first coal from the longwall by mid-year and continues to build workforce numbers. Glencore made the decision to reopen the Integra underground mine in 2016 after purchasing it from former owner Vale in 2015. The mine had been in care and maintenance since 2014.

“Integra was very smart in the way it approached this recommissioning,” said Chute Technology Partner Tom Woods. “Thanks to the integration of tasks and our productive partnership with Integra’s on-site team, we not only got our components of the process chain up and running in the required time frame, but we also boosted capacity and resolved output issues with old plant not suited to higher volumes. The reopening of Integra has been very well received across the Hunter industry.

“The recommissioning process was handled in a very different way from a typical mine rehab piecemeal approach of solving problems in one area of plant, only to see further delay as production bottlenecks are then discovered further up the line. It’s like shooting ducks in a row — the ducks just keep on popping up. You have to take an integrated approach that goes to the root of systemic issues,” said Woods.

Essential to such an integrated approach are elements such as diagnostics, structural audits, DEM modelling, finite element analysis (FEA), process design, detailing, one-stop manufacturing processes and the ability to provide complete turnkey projects. Chute Technology worked directly in partnership with the mine managers and engineers, so that they were able to have ownership in the design and get the results they wanted.

Chute Technology’s task began with a full structural audit of the surface conveyor system, which was carried out on the same day it was requested.

“Our visual site inspection of the conveyor system told us immediately that this was going to be a very challenging project to complete in a short period of time, because the mine needed to be and running by February 2017,” said Woods. “So we put together a fully costed schedule of the quickest time frame to have development coal running on the belt to drop on the surface. The project scope included design, manufacture of new equipment, repair and optimum re-use of old equipment, and introduction of a temporary overland radial stack-out conveyor system for the development coal only.

“The job was a diverse one — which included new hoods, spoons, chutes, structures and transfer towers — but we managed to get development coal on the surface on 23 February 2017.”

The task involved a design and build time of nine weeks from the time the project scope was finalised, overcoming major challenges including: a short time frame for the number of tasks involved; the redesigning of new conveyors; the sourcing of specific appropriate equipment over the Christmas–New Year period; and thoroughly understanding the mine’s specific procedures and how best to meet partners’ expectations and expedite throughput.

“For cost efficiency and speed, we incorporated a maximum of modified and re-used existing infrastructure from the Integra site and other Glencore mine sites. This conservation of valuable resources was undertaken specifically to achieve the best, safest, most cost-effective and time-efficient frame for this project.”

Benefits have been immediate. “The revitalised conveyor system is working to its designed capacity and working well,” said Woods. “As a result of the success, we have also been engaged by the mine to further streamline and enhance production by redesigning, manufacturing and trial assembling, in our workshop, a complete new tail end, transfer point, hood and spoon for the bottom of the drift conveyor, so as to accommodate longwall coal.”

Image caption: Glencore Integra Engineering Manager David Young and Operations Manager Peter Ostermann in front of some of the plant involved in the project.