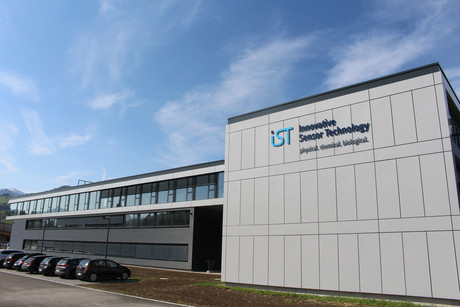 Innovative Sensor Technology IST AG, part of the Endress+Hauser Group, opened an expansion of its plant in Ebnat-Kappel in eastern Switzerland on 24 May. The facility, built at a cost of nearly 15 million euros, now offers double the floor space.

Innovative Sensor Technology IST AG is a manufacturer of physical, chemical and biological sensors, specialising in the development and manufacturing of thin- and thick-film platinum and nickel RTD temperature sensors, thermal mass flow sensors, capacitive humidity sensors, conductivity sensors and biosensors. The company, with 400 employees around the world, has been part of the Endress+Hauser Group since 2005.

The plant’s dedication ceremony was attended by numerous customers, partners, employees and representatives from politics and business, who were welcomed by Mirko Lehmann, CEO of Innovative Sensor Technology IST AG; Matthias Altendorf, CEO of the Endress+Hauser Group; and Klaus Endress, President of the Supervisory Board at the Endress+Hauser Group.

“The growing demand for innovative sensors, and the corresponding strong growth at Innovative Sensor Technology IST AG, made it necessary for us to expand the facility,” Altendorf said. “We’re confident that we have created the space we need to produce even more innovations.”

The 13,500 m2 plant includes roughly 3700 m2 of production space, 1500 of which is set aside for clean rooms. The office facilities and cafeteria were expanded as well. The expansion was necessitated by the increasing demands on production and the growing space requirements. Since moving to Ebnat-Kappel in 2012, Innovative Sensor Technology IST AG has doubled the number of employees at the location to nearly 200. The employees moved into the new facility after the 18-month construction project was completed in early 2019.

FOCUS-ON is a newly founded company dedicated to the development, production and marketing of...