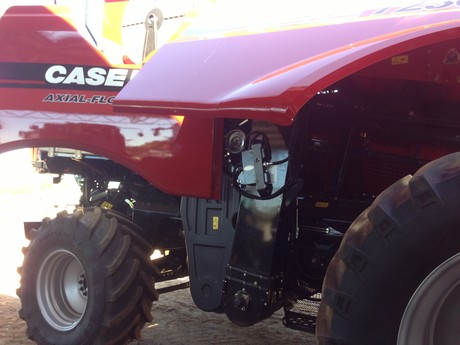 The CropScan 3000H mounts directly on a harvester and provides grain farmers with real-time field maps for protein, moisture, oil and starch as the grains are harvested in the field. Farmers can now blend grain based on quality parameters including protein, oil and starch to increase crop payments by 10–20%. In addition, the system’s superior moisture measurements allow operators to harvest for more hours in the day and thereby increase harvest efficiency by up to 20%.

Since proteins in grains and oil seeds contain approximately 17% nitrogen and 3% sulfur, then measuring the protein and collecting the yield data off the combine provides farmers a means of generating nitrogen and sulfur removal maps. Using variable rate fertiliser application technology (VRF), farmers can use the removal maps as a means of applying fertiliser to the zones in the field where they will get the most benefit. VRF offers farmers the potential to reduce fertiliser usage thereby reducing input costs and also to optimise protein/yield balance across their fields. Since wheat and barley produce their full potential yield when the protein levels are around 11.5–12.5%, then farmers stand to increase their income by 10–20% through higher yield and increased prices for higher protein grades.

A farmer in Kaniva, Victoria, Jonathan Dyer, installed a CropScan analyser into one of his John Deere Model S680 combines. He used the system to isolate low- and high-protein zones in a wheat field. By loading the low- and high-protein wheat into separate field bins, they were able to blend the grain to ensure that all loads delivered to the local silo were graded as H2 and H1 rather than some at the lower-protein grade, APW. They calculated that in one field alone they generated an extra $12,500 in protein payments. Jonathan commented that he has never made an equipment purchase that had such an immediate return on investment.

Chris Nelson, of Strathmore, Alberta, Canada, installed a system onto his New Holland combine. He said that he was able to use the more accurate moisture measurements to strip his field earlier in the morning and later in the evening than his neighbours. He stated that he gained up to 2–4 hours a day, which meant at least 1 day a week more operating time on the combine. He was able to get his crops in before a storm that came through and damaged several of his neighbour’s crops that were still in the field. Not only did the moisture measurements benefit but the protein measurements allowed him to strip out all the high-protein grain early so that he could meet his forward contracts with Cargill. 2017 was a low-protein year in Alberta and many of his neighbours failed to meet their forward contracts and had to pay large penalties or buy in high-protein wheat from elsewhere.