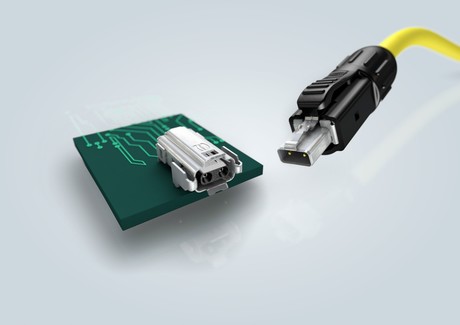 The SPE Industrial Partner Network’s members stand for a strong partnership of technology leaders who are committed to the T1 industrial interface defined by ISO/IEC JTC 1/SC 25/WG 3 and TIA TR-42 in 2018 according to IEC 63171-6 as a uniform media dependent interface (MDI). The Network says that Single Pair Ethernet is a critical component to Industry 4.0 transformations, and that it will allow for sophisticated networks to span across networks of industrial machinery and to go down to the sensor and actuator level. This enables data transmission from sensors to the cloud, enabling operational and manufacturing analytics applications and value-add services.

Belden recognised very early on that the world’s industrial automation technology ecosystem had a unique opportunity to take the next step when a wide spectrum of standardisation and specification bodies converged on SPE. PROFINET International (PI), ODVA and the FieldComm Group had agreed on an advanced physical layer (APL) specification, and these were worked on further in various IEEE and ISO/IEC working groups and task forces globally.

At the same time, the engineers working on these programs were able to leverage the prior work that their peers in Single Pair Ethernet for automotive in-car networks had accomplished before. This also included power-over-data line (PoDL) functionality, all still in scope for the single-copper-wire-pair engineering envelope.

“Single Pair Ethernet in industrial networks is transformative,” said Dr Oliver Kleineberg, global CTO Industrial Networking Solutions at Belden. “This technology saves space, weight, overall material costs and, in case of PoDL, eliminates the need to install separate lines for power and data. The entire physical network becomes more pervasive – meaning not only cabling and connectors, but also the switch, router, firewall and wireless equipment can be seamlessly interconnected with one single technology for end-to-end connections in demanding industrial environments.”

Hirschmann has documented and tested the electrical and transmission characteristics necessary for successful SPE cabling, connectors and switches.

The SPE Industrial Partner Network is based in Rahden, Westphalia, and is an equal association of companies that promote Single Pair Ethernet technology to enable its fast and successful growth of the world of the Industrial Internet of Things (IIoT). The combining of the competencies of the individual companies in the SPE Partner Network provides partners and users the investment security and knowledge in the ecosystem that is necessary to integrate this technology into products and to build IIoT solutions.

“From standardisation to the availability of components for building devices to transparency in application examples, Single Pair Ethernet can only be successful as a systemic approach,” said Frank Welzel, Chairman of the Board SPE Industrial Partner Network e.V. “This is what we at SPE Industrial Partner Network and our members stand for. With Hirschmann, we have a strong partner on board that is a benchmark for many manufacturers and users on the device side. Strong brands such as these are a guarantee for the future of Single Pair Ethernet, and our network lives from them.”

A team of researchers in Germany has been awarded the Joseph von Fraunhofer Prize for its efforts...

The PACEdge industrial edge platform is claimed to deliver scalability and open connectivity,...