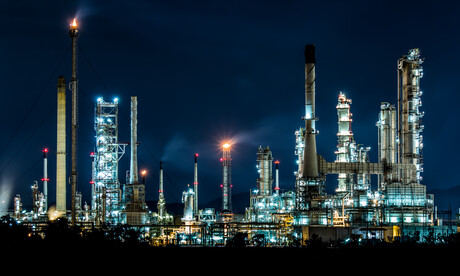 An increasing number of projects in process automation are now aiming to achieve best-in-class solutions, in which the most suitable components from a range of vendors are utilised. This is being driven by a reluctance on the part of facility operators to rely on one-stop solutions from a single provider that may not meet requirements in all applicable circumstances. If parts from multiple companies are deployed, however, facility operators must ensure they can be integrated and work together as a combined solution. A number of years ago, Schneider Electric launched a Technology Partner program with the aim of ensuring this kind of effective integration. This program — which has created an ecosystem of providers whose products complement each other — also includes Softing Industrial Automation. The Softing and Schneider Electric partnership focuses on data communications, with a key emphasis on fieldbus technology. Together, the two companies won a major contract in the oil and gas sector.

The customer was an operator of oil wells in the Middle East. The project aimed to achieve a major expansion of these facilities as well as the pumping capacity for the sea water used to force the oil to the surface. The tender documents published by the oil company specified FOUNDATION Fieldbus (FF) as the automation technology to be used in the expansion project for this oilfield. Improving IT security was another key specification for the project. To date the client had worked with Yokogawa, and the plan was to maintain deployment of the latter’s SCADA system. To optimise the client’s cybersecurity operations, however, best-in-class products were to be used from several manufacturers.

Schneider Electric successfully outbid several other process automation companies to win the contract. For the initial expansion phase in 2015–2016, SE supplied 70 Foxboro SCD2200 controllers (RTUs), which were to communicate with the existing master automation system, Yokogawa Platr Resource Manager (PRM). The success of this initial phase was also due to Schneider using its partner program to make Softing’s gateway products part of the solution — the Softing gateways were essential for the deployment of the SE equipment in this expansion project. This was because the Foxboro controllers offered by SE since its acquisition of Invensys in 2014 communicate via Modbus/TCP. With Softing’s gateways, the OT systems were integrated via FOUNDATION Fieldbus inexpensively and with minimal effort.

The FG-110 FF gateway was deployed in the first project phase. This gateway connects the new facility components via an FF-H1 interface to ensure fault-free data exchange, while also supporting the FF-specific communication options used for device configuration, monitoring and diagnostics, for example. As a result, controllers utilising the Modbus protocol can also be used in an FF environment. In the second phase of the project, the successor model FG-200 was brought in. It offers up to four FF-H1 links in controllers with Modbus support while also supporting device redundancy and deployment in explosion hazard areas. FG-200 also enables fast access to process data and exploits FF benefits such as reduced cabling effort, centralised field device parameterisation, comprehensive diagnostic options, or links with intrinsically safe devices.

Communications between the Yokogawa SCADA, the Schneider controllers and the Softing gateways has been working without a hitch. As a last step, the operator opted for MTL power conditioners. 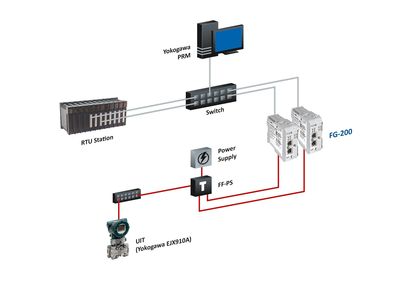 During the project, Softing also provided training to Schneider Electric employees as well as the client’s operations and maintenance team, whose previous focus had naturally been the Yokogawa systems. The deployment of an additional local technical support team during project commissioning ensured the successful acceptance of this proof of concept involving several different manufacturers.

“Both of the teams at Schneider Electric and the oilfield operating company were very happy with the gateway technology and the support provided by Softing,” said George Melico, Lead Engineer at Schneider Electric. “So when the next expansion stage was due in 2018, we once again chose Softing gateways — this time picking the new FG 200 version.” This lets the facility operator continue to deploy its preferred Foxboro controller solution from Schneider while also exploiting the low-cost, operator-friendly FOUNDATION Fieldbus technology in the field.

The MTS series high-performance Ethernet switches are designed to offer an intelligent and secure...

The FL MGUARD 1100 series security routers from Phoenix Contact are optimised for industrial use...