UR says Q3 results are a strong indication of future growth 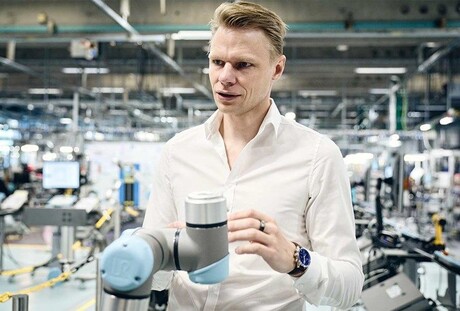 Universal Robots, which has just released its Q3 results for 2021, has reported record quarterly revenue of US$78 million, up 46% on last year’s Q3 revenue and 31% up from its pre-pandemic Q3 revenue of 2019.

Since creating its first commercially viable collaborative robot in 2008, the Danish company has gone on to sell over 50,000 of its cobots for use across a range of industrial uses, primarily in the manufacturing sector.

President Kim Povlsen, who has led the company since March, sees this quarter’s results as a strong indication of growth to come.

“We are seeing strong and growing demand for our robots as awareness of the technology spreads across industry,” he said. “Almost everywhere we operate we see the manufacturing sector facing considerable challenges — such as workforce shortages and supply chain disruption — which can be tackled through the use of collaborative automation. Post-pandemic, we also see businesses more open to questioning the way they work, looking for opportunities to make their businesses more resilient and improve the working lives of staff.”

Universal Robots has developed a platform model for its technology, similar to that used by smartphone manufacturers. Working with around 300 independent companies, it has spurred the development of a broad range of components and applications for use across industry, including in previously unautomated sectors like welding and sanding.

Confident of ongoing demand for its technology, Universal Robots is now on course for further growth, according to Povlsen.

“Despite the success we have already seen, the game-changing potential of collaborative automation means Universal Robots is on a trajectory of rapid growth,” he said. “We are expanding our already large network of distributors and certified system integrators and recruiting more staff across 22 locations. We currently have over 70 open positions, so it is a really exciting time for the company.”

Remote space and robotics operations complex to be located in Perth

SpAARC builds on Fugro's remote operations capabilities and is set to improve remote...