Robotic warehouses to increase by over 1000% in six years 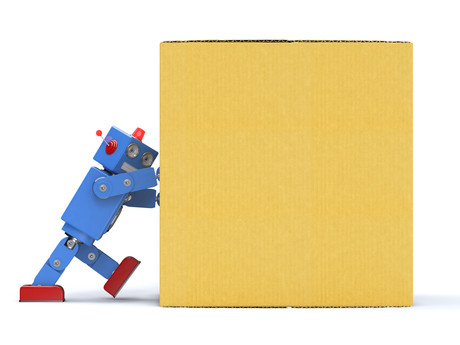 Over 4 million commercial robots will be installed in over 50,000 warehouses by 2025 — up from just under 4000 robotic warehouses in 2018 — according to a report by ABI Research.

The report reveals that this rapid rate of adoption will be driven by the need for flexible, efficient and automated e-commerce fulfilment as same-day delivery becomes the norm. It will also be spurred by the increasing affordability and return on investment of a growing variety of infrastructure-light robots, as they are an attractive and versatile alternative to traditional fixed mechanical automation or manual operations.

“Flexibility and efficiency have become primary differentiators in the e-commerce fulfilment market as retailers and 3PLs struggle to cope with volatile product demand, seasonal peaks and rising consumer delivery expectations,” said Nick Finill, Senior Analyst at ABI Research. “Robots enable warehouses to scale operations up or down as required while offering major efficiency gains and mitigating inherent challenges associated with labour and staffing.”

Mobile robotic systems also offer major flexibility advantages. Robot vendors, such as Fetch, Geek+ and Invia, enable additional robots to be added to or removed from a fleet as operational demands require. They also allow easy and relatively rapid reconfiguration of entire workflows and operations if product lines or fundamental operational requirements change. This is a major advantage in the unpredictable and dynamic e-commerce market, according to ABI Research.

Thanks to innovation in computer vision, artificial intelligence (AI), deep learning and robotic mechanics, robots are also becoming increasingly adept at performing traditionally harder-to-automate tasks. Economically viable mobile manipulation robots from the likes of RightHand Robotics and Kindred Systems are now enabling a wider variety of individual items to be automatically picked and placed within a fulfilment operation. By combining mobile robots, picking robots and even autonomous forklifts, fulfilment centres can achieve greater levels of automation in an efficient and cost-effective way.

Finally, many robot technology vendors are providing additional value by offering flexible pricing options. Robotics-as-a-service models mean that large CapEx costs can be replaced with more accessible OpEx costs that are directly proportional to the consumption of technologies or services, improving the affordability of robotics systems among the mid-market, further driving adoption.