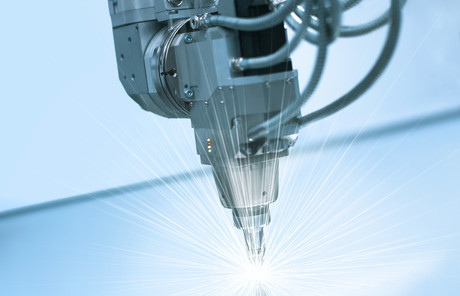 The latest World Robotics report presented by the International Federation of Robotics (IFR) shows an annual global sales value of US$16.5 billion in 2018, setting a new record. Globally, 422,000 units were shipped in 2018, which is an increase of 6% compared to the previous year. IFR forecasts shipments in 2019 will recede from the record level in 2018, but expects an average growth of 12% per year from 2020 to 2022.

“We saw a dynamic performance in 2018 with a new sales record, even as the main customers for robots — the automotive and electrical/electronics industry — had a difficult year,” said Junji Tsuda, President of the IFR. “The US–China trade conflict imposes uncertainty to the global economy — customers tend to postpone investments. But it is exciting that the mark of 400,000 robot installations per year has been passed for the first time. The IFR’s longer term outlook shows that the ongoing automation trend and continued technical improvements will result in double-digit growth — with an estimate of about 584,000 units in 2022.”

Asia is the world’s largest industrial robot market. In 2018, there was a mixed picture for the three largest Asian markets: installations in China and the Republic of Korea declined, while Japan increased considerably. In total, Asia grew by 1%. Robot installations in the second-largest market, Europe, increased by 14% and reached a new peak for the sixth year in a row. In the Americas, the growth rate reached 20% more than the year before, which also marks a new record level for the sixth year in a row.

China remains the world’s largest industrial robot market with a share of 36% of total installations. In 2018, about 154,000 units were installed. This is 1% less compared to the previous year but more than the number of robots installed in Europe and the Americas together. The value of installations reached US$5.4 billion — 21% higher than in 2017.

In 2018, the automotive industry remained the largest adopter of robots globally with a share of almost 30% of the total supply. Investments in new car production capacities and in modernisation have driven the demand for robots.

The electrical/electronics industry was about to replace the automotive industry as the most important customer for industrial robots in 2017. However, in 2018, global demand for electronic devices and components substantially decreased.

The metal and machinery industry established itself as the third-largest customer industry.

For the first time, World Robotics analysed the market for collaborative industrial robots (cobots). The IFR definition implies that a cobot is necessarily an industrial robot as defined in ISO 8372:2012. Despite very strong media attention on cobots, the number of units installed is still very low with a share of 3.24%. In 2018, less than 14,000 out of more than 422,000 industrial robots installed were cobots. The year before that, roughly 11,100 units were cobots. From 2017 to 2018, annual installations of cobots increased by 23%.

Datalogic has introduced its IMPACT 12.2 software to further enhance the traceability and ease of...

MV systems in manufacturing to approach 100 million by 2025

Is your electrical equipment safe?