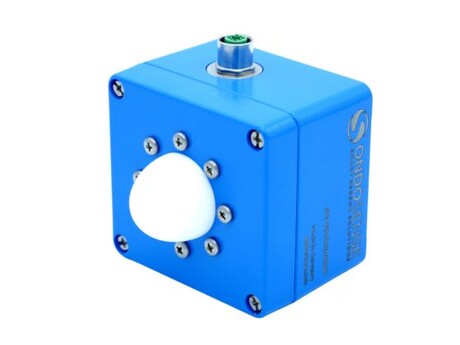 German tech startup OndoSense has launched an ultra-precise radar sensor for distance measurement that has a measurement accuracy of up to one micrometre. The company says it can reliably measure even in the most difficult industrial environments with dirt, smoke, oil mist or adverse light at all times. With a measuring frequency of 300 Hz, the OndoSense apex is claimed to be not only the most precise and fast distance radar on the market, but to also have the largest range, at 0.1 to 50 m.

The application spectrum of the OndoSense apex radar sensor ranges from simple distance measurements, complex dimension measurements, presence control and positioning of hidden objects (eg, behind packaging or plastic plates) to the precise positioning of machines in several dimensions and the detection of obstacles to collision avoidance.

“Our customers in the steel, mechanical engineering and chemical industries are enthusiastic about the extreme precision, speed and wide measuring range of the OndoSense apex,” said Dr Mathias Klenner, CEO and co-founder of OndoSense. “They also appreciate the high usability, the numerous configuration features and the wide range of applications of our distance radar. This great success is the result of the fantastic work of the entire OndoSense team, of which I am very proud.”

The extremely narrow opening angle of the radar lens of only 4 degrees allows reliable measurements with an extremely small measuring spot.

“Many providers of radar sensors are trying to narrow down the opening angle on the software side,” explained Dr Axel Hülsmann, CTO and co-founder of OndoSense. “The extensive tests of our radar experts show that this method significantly reduces the accuracy, speed and reliability of the measurement. Our customised lens meets the desire of many customers for focused measurements with a small opening angle and a maximum of precision and measuring frequency. If necessary, a sensor variant with a very wide opening angle is also available — for applications in collision avoidance, for example.”

Mobile Industrial Robots (MiR) has announced that construction is beginning on a new joint...