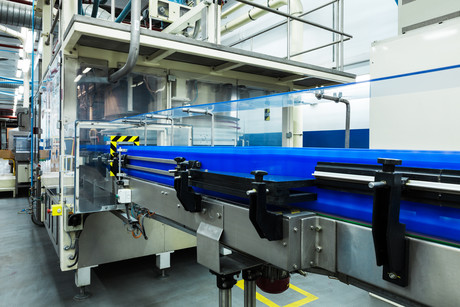 Market research company Interact Analysis has released a market report, Motion Controls - 2019, that points to strong growth over the next four years for motion control products.

The report predicts that despite a small decline in 2019 (-3.8%), the market for motion control products will grow strongly for the next four years and exceed $15 billion in 2023. Slowing progress in 2019 has been the general down period impacting the manufacturing industry globally. However, according to recent analysis, the motion control market will outpace growth of global manufacturing production from 2020 onwards.

The positive outlook holds true despite the torrid time currently facing machine tool vendors, which as the single largest consumer of motion control products, generated over a third of motion control revenues in 2018.

Several sectors are helping to drive a more positive outlook for motion controls, namely: food and beverage machinery, packaging machinery, robotics (including both industrial and mobile robots) and materials handling equipment (especially equipment for warehouse automation and intralogistics). Together these sectors generated just under a quarter of total motion control revenues in 2018 and are forecast to account for closer to 30% in 2023.

In the area of robotics, issues relating to labour availability and cost have been a general problem for the global manufacturing industry for a while and it’s expected to remain one of the key drivers for growth in the industrial robot market. Alongside this, the general trend towards automation to reduce costs and improve productivity in manufacturing is also having a positive pull-through effect on the market for industrial robots, and consequently the motion control products used within them.

In materials handling equipment, the use of motion controls in warehouse automation and intralogistics applications for the precise movement of goods is increasingly coupled with the trend to decentralisation. This trend is manifesting and having a net positive effect on not only motion controls (for the high-precision applications), but also for low-voltage motors drives being used in simpler conveying applications.

Although the motion control market may be considered fairly mature and uninteresting in nature to some, there are important trends impacting its future growth helping drive revenues at an above average rate for the long term. Couple that with product releases from new vendors, plus expanding portfolios from existing ones, and the fundamentals for this industry appear very strong, even despite headwinds in certain key sectors.