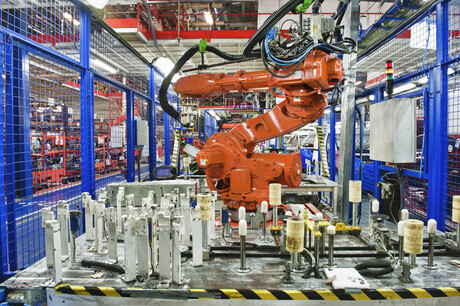 The Massachusetts Institute of Technology (MIT) has released three new research briefs from MIT researchers and members of the Work of the Future Task Force focused on tech adoption in manufacturing and subsequent workforce impacts. Among these is a report on the state of industrial robotics: ‘The State of Industrial Robotics: Emerging Technologies, Challenges, and Key Research Directions’.

Mainly focused on Europe, the report analyses how to make robots safer, more adaptable and easier to use by less skilled workers, more responsive to the environment and the workers around them, more plugged into production cycles, and better integrated within manufacturing lines.

In the past decade, European countries and companies — Germany and German companies, in particular — have been working to gain a competitive advantage in manufacturing by integrating the latest robots and related technologies into their manufacturing processes. For example, collaborative robots (cobots) that can work more directly with workers offer a possible means to improve productivity without significantly lowering employment. However, the success and extent of efforts to update European factories have been relatively halting and uneven for a variety of reasons, according to the report.

First, using these new technologies requires a significant rethinking about the nature and use of robots, as well as the clearing of technical and economic hurdles. Traditional industrial robotics technologies have primarily been used for highly repetitive manufacturing tasks that are not typically modified throughout the lifespan of a manufacturing line, and that can be performed reliably without human intervention. This is, in part, because traditional industrial robots are relatively inflexible, requiring extensive design and programming effort for integration into manufacturing lines. Systems integrators are often required in order to make even small updates to manufacturing lines, resulting in technology integration processes that can be time- and capital-intensive. Also, robot programming interfaces and communication protocols are not currently standardised, and this — along with robot hardware and specifications that differ between companies — adds to the integration challenges. Each different system requires different knowledge and expertise for use in conjunction with other technologies. Thus, industrial robots are often only economically viable for high-volume production that takes place in large manufacturing firms, and make less economic sense for small and medium-sized enterprises (SMEs) that focus on high-variety, low-volume production.

Second, the latest technology itself still may have limitations. Lightweight or collaborative robots can be too slow or payload-limited to make sense for some industrial applications. The report finds that robot programming interfaces are also often difficult to use and require extensive programming knowledge, which limits the ability of line workers to easily repurpose robots for improving efficiency or to meet changing demands in manufacturing processes. Also, new and emerging technologies and software still cannot accomplish some key tasks. For example, robots are still far less capable than humans in operations that involve gripping objects, such as bin-picking processes, and the sensing systems that robots use to perceive the environment around them are still limited in the robustness they can achieve in factory settings. In other ways, the newest technologies may offer too much capability. They provide reams of information but extracting meaningful information from the large amounts of data that can be collected, and demonstrating tangible benefit from collecting such data, is another challenge that has limited the investment and use of the Internet of Things (IoT) and cloud systems.

Interestingly, worker resistance has not seemed to play a big role in slowing adoption of new technologies, partly because of worker protections in Europe that limit lay-offs and partly because the top companies have recognised that involving workers in decisions on how to redesign manufacturing lines results in both better technical decisions (drawing on the workers’ knowledge) and greater acceptance of new technology.

The report was developed from interviews with robot manufacturers, original equipment manufacturers (OEMs) using robotics technologies and industrial research institutions in Europe. The report can be found here.

The company announced that it has won a contract to supply Mercedes-Benz with technology for...

Competition to find the next innovation in machine vision

ADLINK, in collaboration with Intel, has launched a hackathon competition for solution builders...