Growing use of mobile robots on factory floors: report 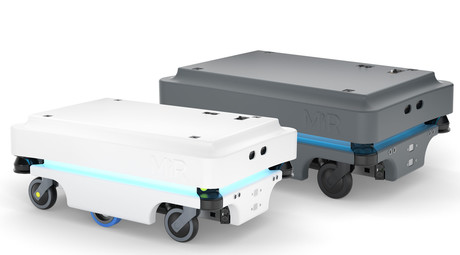 The industrial robotics sector is seeing robust growth as manufacturers increasingly update their automation. The revenues from sales of commercial robots in manufacturing are forecast to grow from US$166 million in 2018 to US$22 billion by 2027 according to ABI Research, a market foresight advisory firm.

The newest trend is complementary robotics technologies that put mobile robots on the factory floor. Made up of automated guided vehicles (AGVs) and autonomous mobile robots (AMRs), these robots will complement existing robotic arms in factories that are increasingly becoming more autonomous and smarter.

There has been plenty of debate within the industry on the different benefits of AGVs and AMRs. While AGVs are a much cheaper precursor to AMRs, they require floor markers to guide their movement and are more suited to greenfield deployments. For those wanting infrastructure-free navigation and a flexible production line, AMRs represent the future standard. Ultimately, manufacturers will benefit from either of these solutions as they can push carts and deliver parts within or between the factories, optimising workflows, minimising workplace hazards and freeing up valuable staff resources.

“The advancements in machine vision, simultaneous localisation and mapping (SLAM), swarm intelligence and sensor fusion are making it possible for mobile robots to operate in unstructured environments such as the factory warehouse and the assembly area,” said Lian Jye Su, Principal Analyst at ABI Research. “These technologies are being supported by many cameras and sensors, such as LiDAR and radar. Moving forward, the robot can benefit from the integration of deep learning algorithms with sensor fusion and swarm intelligence.”

In addition, as factories undergo digital transformation, more factories will start to adopt smart manufacturing platforms. With this development, the value proposition of cloud robotics becomes more relevant. Nonetheless, there are still many challenges related to the adoption and deployment of cloud robotics. Data security, data analytics and the power of cloud computing will have to be in place before connecting any robot to an industrial cloud platform.

As robotic technologies continue to mature, different vendors are starting to engage in ecosystem plays. Collaborative robot arm vendor, Universal Robots has its own ecosystem called UR+, which features over 50 partners in grippers, accessories and software platforms. This is further augmented by the acquisition of MiR, an AMR vendor, by Teradyne, Universal Robots’ parent company, in April 2018. Teradyne currently owns both collaborative robotic arm and AMR technology under one roof, providing an end-to-end solution for manufacturers.

“The industrial factory embrace of collaborative robots, AGVs and AMRs indicates that manufacturers are also embracing versatility and modularity. The increasing number of stock keeping units (SKUs) and short product life cycles necessitate the deployment of robotics solutions that can be retrained and redeployed for different manufacturing processes and factory layouts,” Su concluded.

As the COVID-19 pandemic grows, robotics providers are responding with technological assistance.

Tentacle bot mimics the agility of an octopus

Octopus arms can untie knots, open childproof bottles and wrap around prey of any shape or size.

Switch to regular cash flow by requiring a deposit

Lights that can kill viruses