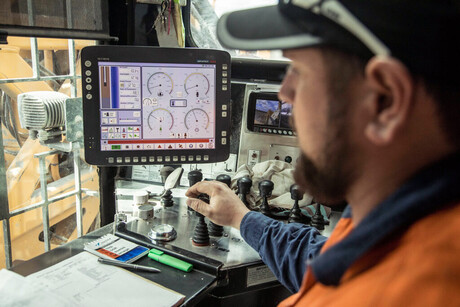 Wolff Mining, part of the National Group, has announced that it has expanded its range of semi-autonomous equipment in use, with plans to implement fully autonomous drills in the near future.

The company is already utilising large-scale satellite bulk dozer pushing and semi-autonomous blast hole drilling. The company has worked closely with Caterpillar in order to implement and optimise semi-autonomous tractor system (SATS) technology, in what is said to be a world-first application into a mining production environment.

The collaboration with Caterpillar on Cat Command for Dozing and optimisation of satellite technology for large-scale bulk dozer push operations has given a single operator the ability to control up to four dozers at one time, putting Australian mining companies one step closer to fully autonomous mining operations in the future.

The development and implementation of fully autonomous drills is next on the horizon. National Group Managing Director Mark Ackroyd is excited for the future and plans to embrace this key technological advancement.

National Group predominantly offers Caterpillar drills, with the OEM leading the way in innovation with its next plans being to release these fully autonomous drills to the market.

At present, the Cat semi-autonomous drills allow operators to automate the drilling function itself, but manual input is still required to set the drill for the next hole after completing the drilling of the first.

Although fully autonomous drilling is still in the future for the Australian market, National Group, with Wolff Mining, says it remains focused on its current role of supplying the industry with heavy mining equipment, including blast hole drills and drilling services, to prepare drill holes for subsequent blasting.