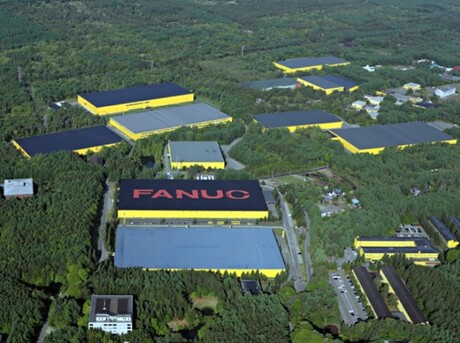 Fanuc — one of the world’s largest manufacturer of industrial robots, with almost 500,000 units in operation at customer locations around the world — is planning to triple current monthly production at its main factory in Yamanashi Prefecture, Japan.

This is according to a report by Nikkei Asian Review, which says Fanuc is particularly concentrating on its CRX line of collaborative robots.

The growth in global collaborative robot sales has increased significantly in recent years, mainly because they are much lower priced, which makes them affordable for small and medium-sized companies.

The vast majority of Fanuc robots installed around the world are of the traditional variety and the company was seeing strong sales of the machines before coronavirus came along and disrupted everything. However, the collaborative robotics sector is where the fastest growth is, and Fanuc wants a piece of the action. The company launched what it says is the industry’s first 35 kg payload force-limited collaborative robot, the CR-35iA, in 2015.

The company has since launched a number of new additions and now offers a range of eight cobots, ranging from 4–35 kg in payload and 550–1813 mm in reach.

There are a number of factories on Fanuc’s headquarters campus in Yamanashi Prefecture, dispersed across the 1.8 million m2 ‘Fanuc forest’.

Data and analytics company GlobalData has released a list of 50 robotics start-ups that have the...