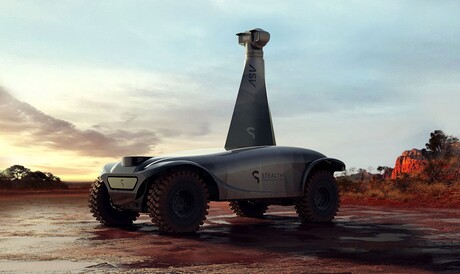 Strategic Elements Ltd subsidiary Stealth Technologies has announced via an ASX announcement that it has licensed CSIRO technology that enables robots to work together in teams. The parties will initially focus on security applications and work under an Early Adopter Program (EAP) that will assist Stealth to integrate and commercialise the technology.

The Wildcat SLAM technology leverages more than 10 years of research and development at CSIRO’s Data61, the digital specialist arm of Australia’s national science agency. Wildcat enables autonomous robots to simultaneously navigate and build high-definition maps, and gather other sensor data in locations they are being exposed to for the first time (ie, with no pre-existing maps). In addition, robots can automatically share and combine information with other robots without human intervention to build a collective understanding of their global environment.

Wildcat is a key enabling technology in ‘robot perception’, a system that endows the robot with the ability to perceive, comprehend and reason about the surrounding environment. When one robot encounters an obstacle or new context and learns, the entire team of robots can instantaneously learn. Wildcat also works underground and in GPS-denied environments.

Deploying teams of robots often requires them to operate reliably in unstructured and dynamically changing environments, where there are no external positioning systems such as GPS, or pre-existing localisation maps. In these environments, robots must use their onboard sensors and perception algorithms to simultaneously build detailed maps of the world whilst determining their location at the same time. This technology is referred to as SLAM, or Simultaneous Localisation and Mapping. Whilst there are many approaches, and a few commercially available solutions, none of them are sufficiently robust or accurate without GPS, nor directly support the operation of robot teams through map sharing and cooperative localisation.

Wildcat is currently the world’s most versatile, robust and accurate SLAM solution. It won the most accurate object detection prize in the global DARPA robotics competition for underground exploration and mapping by robot teams, where CSIRO competed against the best field robotics groups in the world in GPS-denied environments.

The main application for the technology proposed by Stealth Technologies is in security surveillance: the company is developing an autonomous security vehicle for perimeter security in sectors such as transport, energy, defence, government and utilities providing critical services. The global perimeter security market is forecast to reach US$282.26 billion by 2025.

The company is also exclusively collaborating with giant Honeywell to build autonomous security vehicles for the correctional justice sector. The parties are currently working with the WA Department of Justice to build a fully autonomous and robotic security vehicle for the Eastern Goldfields Regional Prison in Kalgoorlie to inspect, test and confirm the integrity of the secure perimeter.

The CSIRO’s Data61 technology can provide Stealth with a key technological advantage in enabling its ASVs to work in teams and provide enhanced security and surveillance solutions to its customers. Stealth also recently formed a collaboration with leading US-based Company Planck AeroSystems to enable drones to launch and land from its ground-based ASV.

“The Wildcat SLAM technology can potentially provide game changing features to our autonomous robotics platform,” said SOR Managing Director, Charles Murphy. “This could be where for example large scale facilities require multiple ground based security vehicles, facilities where ground plus airborne based autonomous security provides enhanced benefits, facilities that have poor coverage of satellite signal for GPS or in new applications for defence. Wildcat fits directly with the technology roadmap we are developing for our next generation Autonomous Security Solutions using teams of robots for enhanced patrol and surveillance capabilities.”

The Robotics and Autonomous Systems Group within CSIRO’s Data61 have built a world-wide reputation for pioneering the development of extremely accurate and robust 3D LiDAR-based SLAM solutions since 2008. Wildcat builds on more than a decade of experience to provide a new benchmark in accuracy, robustness and processing speed, and is optimised for robotics applications. Wildcat was purpose-built for multi-robot coordinated mapping and allows the maps from multiple sources to be merged in real time during capture to produce a unified, globally optimised dataset and map.

The two companies have announced the successful functional test of the world's first quantum...

Why manufacturers should consider 3D and robotics

The federal Budget provides an opportunity for Australian companies to innovate with 3D printing...