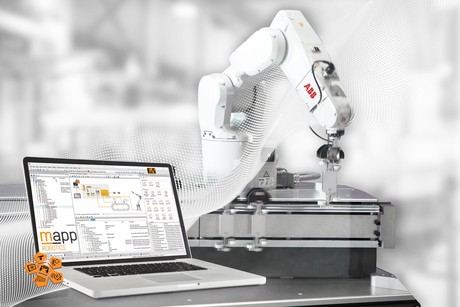 The company will be introducing ABB robots as an integral feature of its automation range at the SPS trade fair in Nuremburg this month. Machine builders will be able to buy robots and their machine control system from a single source. B&R also says that it will also be among the first to launch a comprehensive portfolio for open, real-time capable OPC UA over TSN communication.

Integration of ABB robots into the B&R automation system eliminates the need for dedicated robotics controllers, separate control cabinets and programming specialists. The new solution is intended to reduce complexity and optimise synchronisation.

B&R will also be presenting a range of products for open, real-time capable OPC UA over TSN communication. With X20 PLCs, bus controllers, industrial PCs and a TSN machine switch, B&R says it enables fully standardised networks for modular, adaptive machines. The open standard reduces a multitude of protocols down to a single one — with a single interface exchanging standardised data between all the nodes in the network. Machinery and plants become substantially easier to develop and operate.

B&R is also announcing two new compact motor-mounted drives that will help facilitate the development of modular plants and machinery by reducing installation costs and saving cabinet space. The motors cover a power range from 0.22 to 0.35 kW, and the smallest version measures 60 x 90 mm.